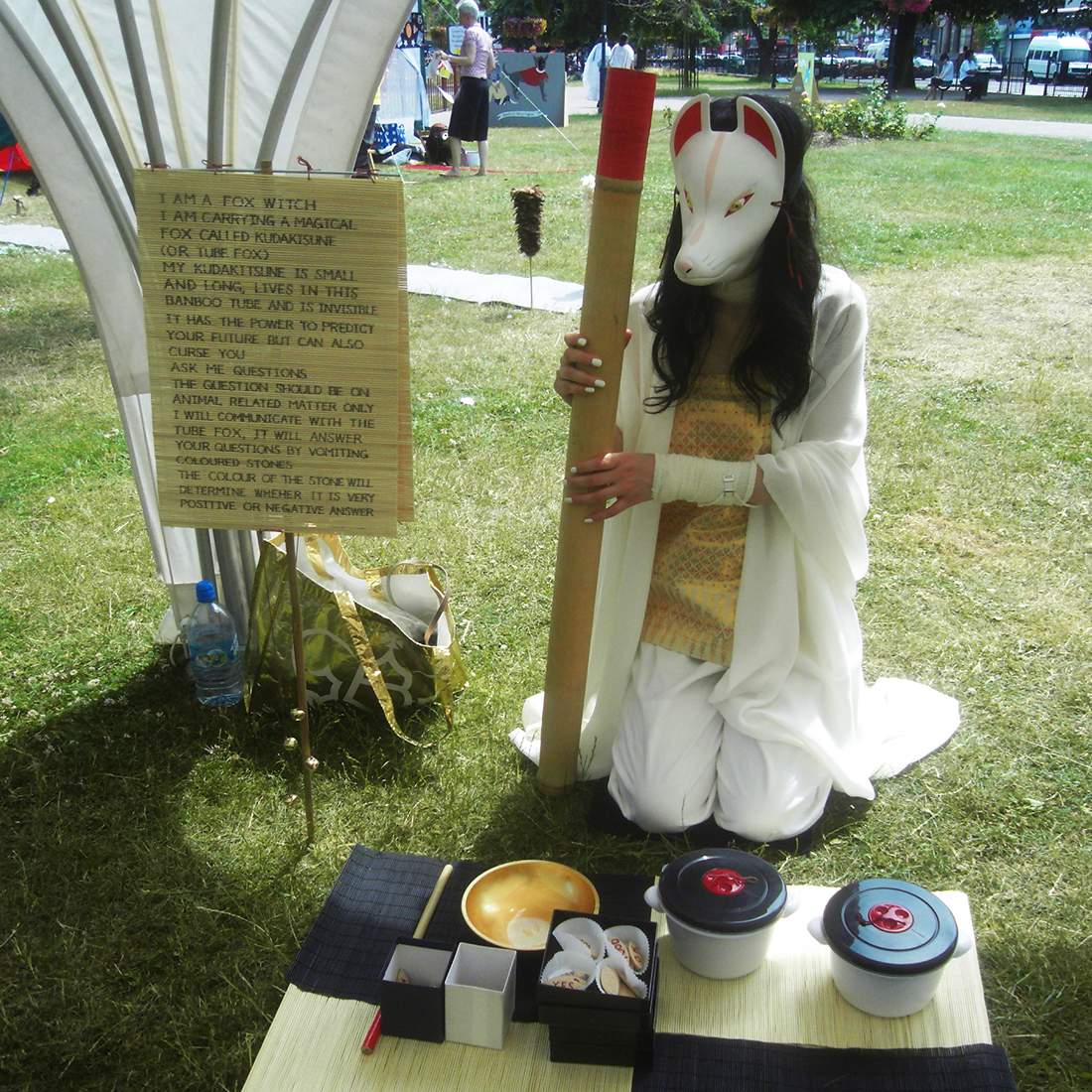 
I made the mask and became a Fox-witch who employs a magical fox called a Kudakitune*1 (or Tube fox) as part of Chutney Preserves 4 Animal Fair at Camberwell Arts Fair 2010.
Kudakitune is small and long, lives in a bamboo tube and is usually invisible, it has the power to predict peoples future but also can curse people.

The fox-witch has to strike up a deal with the tube fox promising its favorite food and daily care in return for the fox’s magical services. I communicated with the tube fox, it answered visitor’s questions by vomiting out coloured stones. The colour of the stones determined whether it was a positive or negative message.

*1 The fox-witch (kitsune-stuki) is a common witch figure in Japan. The fox of Japanese folklore is a powerful trickster. Kudakitune is a mythological creature who has a parasitic relationship with humans. The fox wants to escape from the bamboo tube, if the fox escapes from the tube then many disasters will befall the fox-witch. 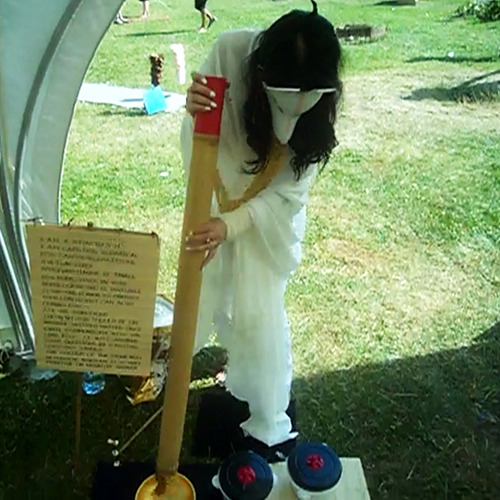 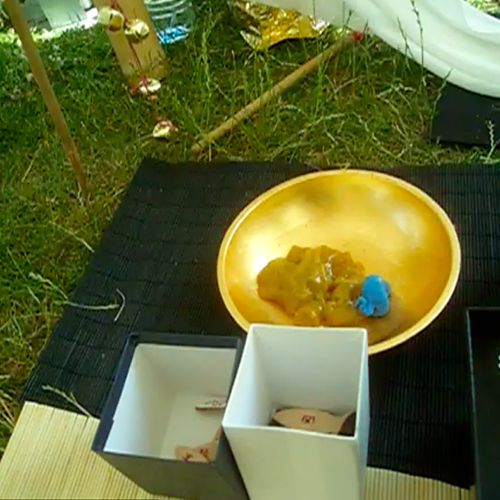 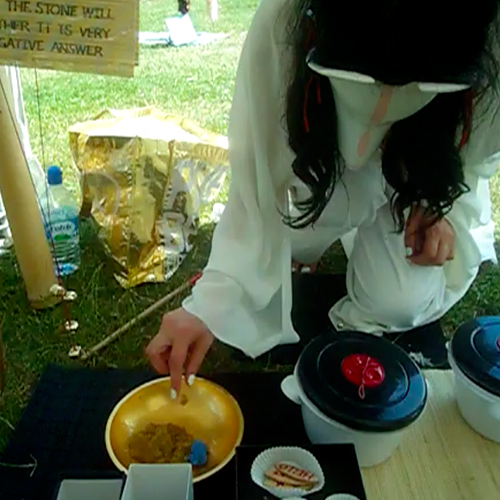 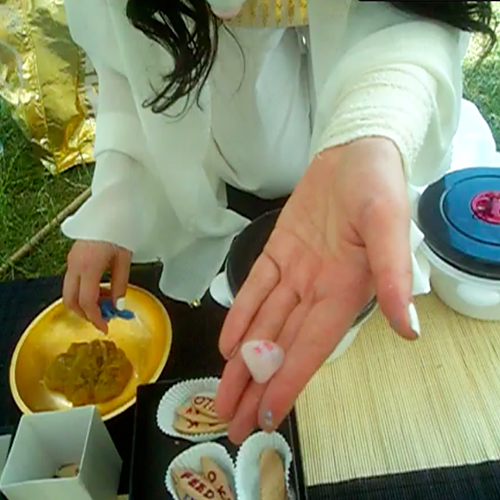 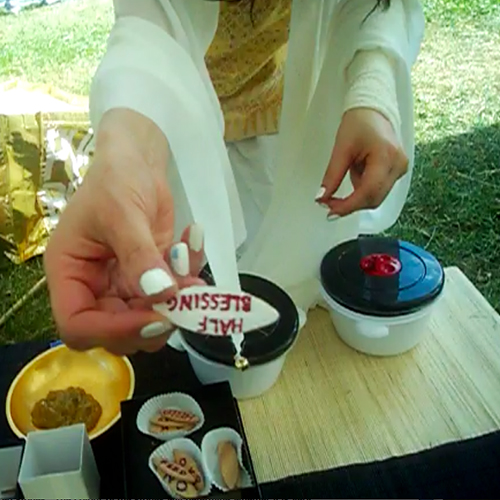 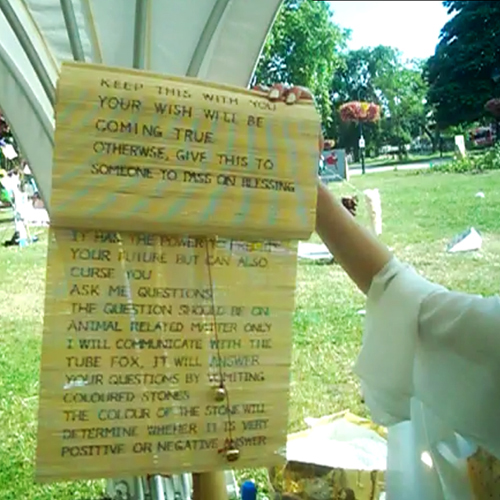