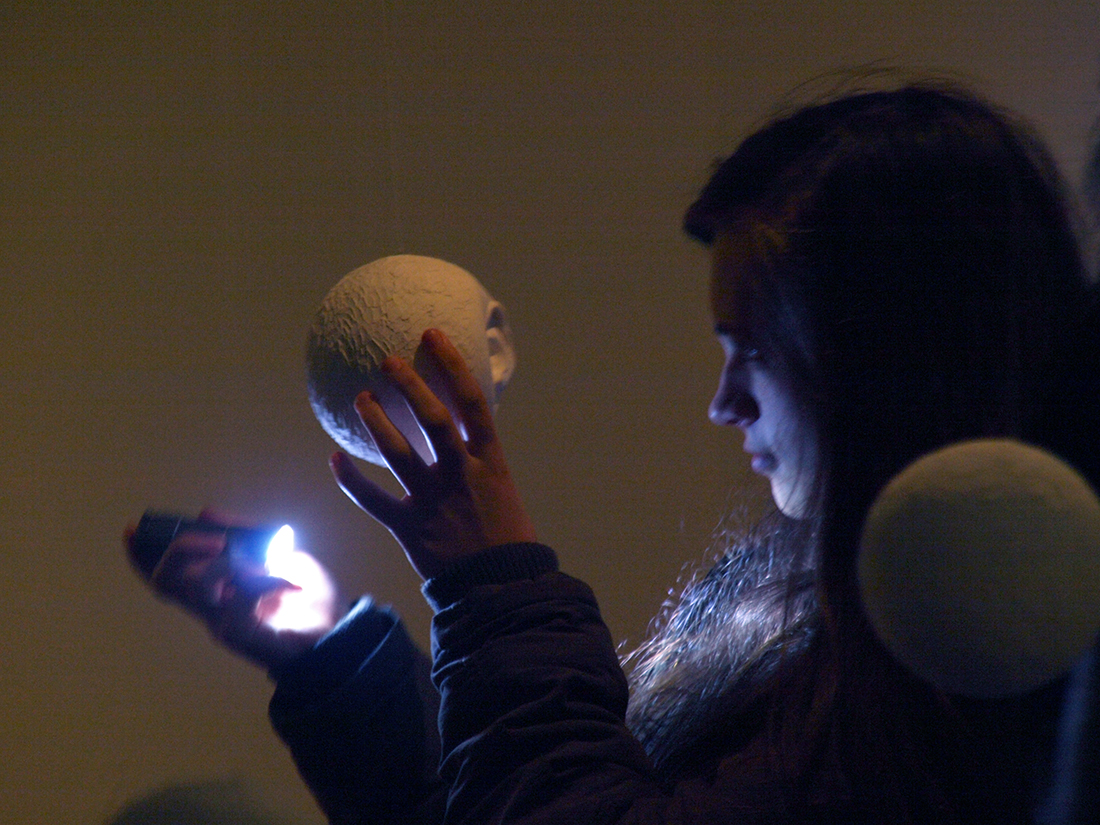 His / her personal sky 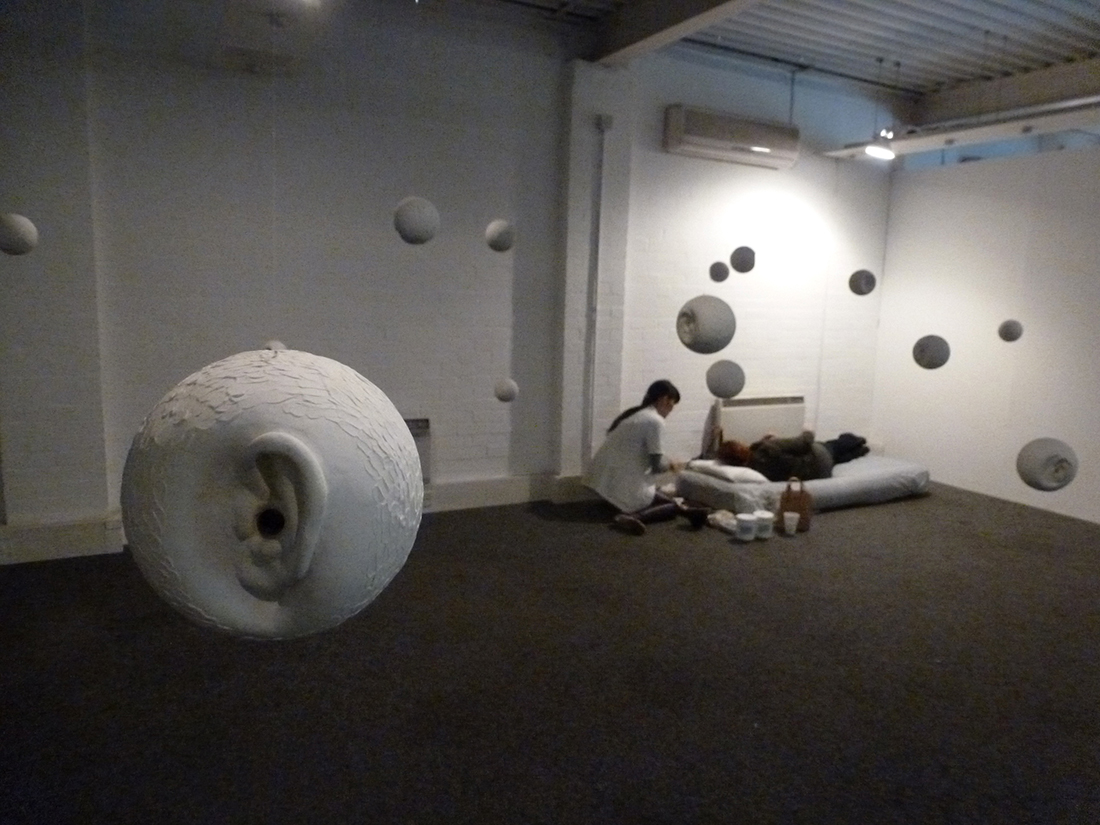 Photos by Calum F Kerr and Word of Warning

When you first encounter 'His/her personal sky', there are many white spheres floating in the space. Then you notice each sphere consists of an organic shape - an embedded ear. The visitor is encouraged to see a stranger's personal memory or secret through this ear.

I invite the public to have their ear cast during this performance and at a later date embed the cast into the spherical sculptures. After their casting the participant emails to me a personal memory as an image or text that I place within the sculpture.

Shining a torch from behind has a light-box effect, the image glowing inside the ear hole as if another persons memory just came to you. The completed sculptures then become part of a growing his/her personal sky installation. 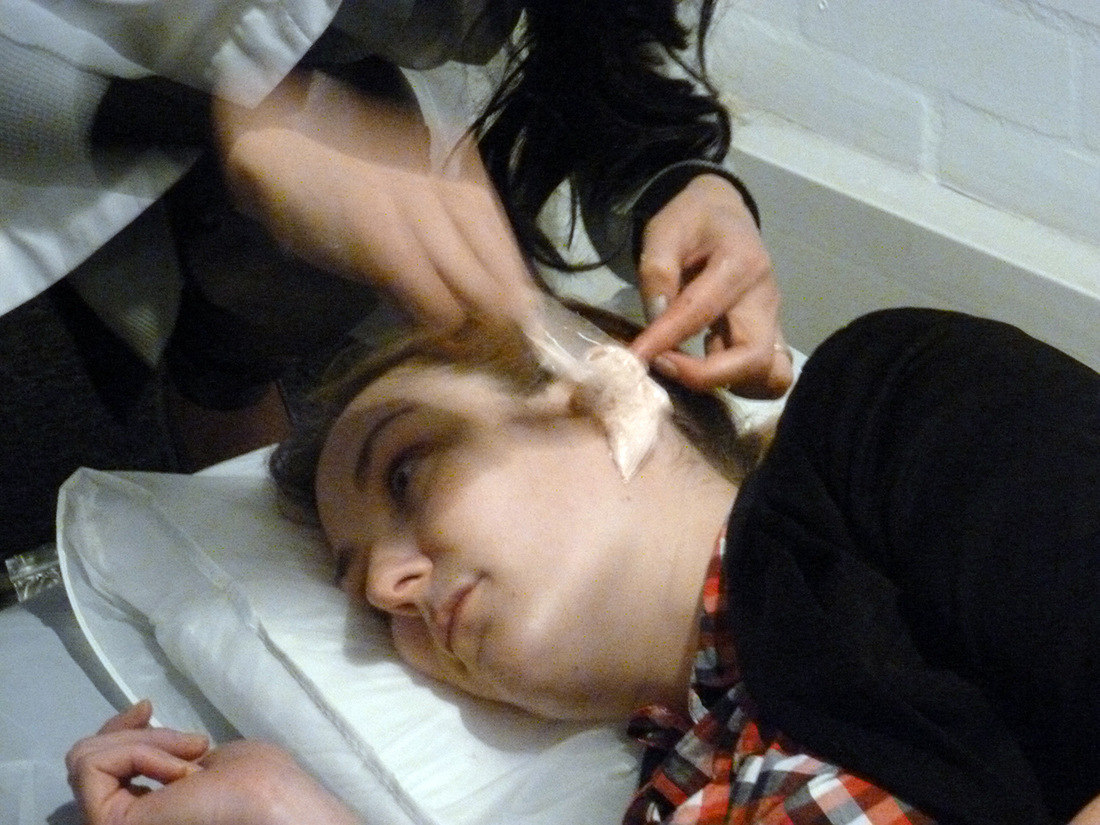 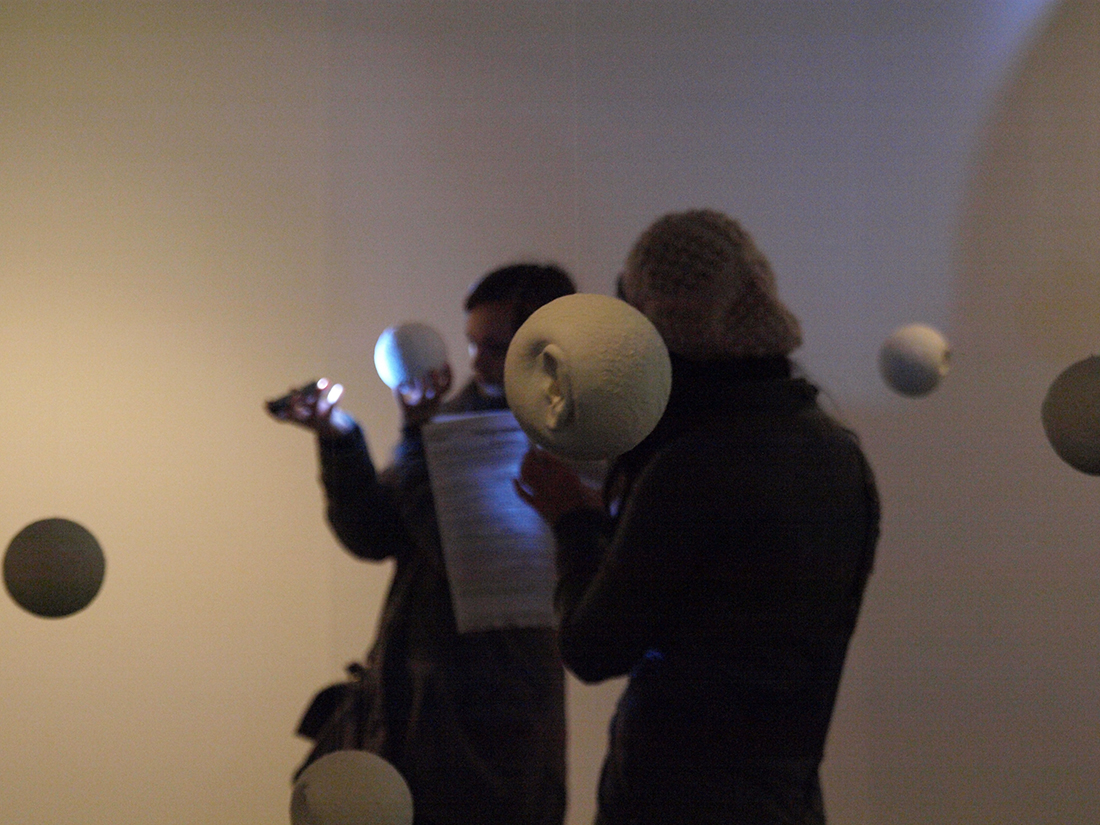