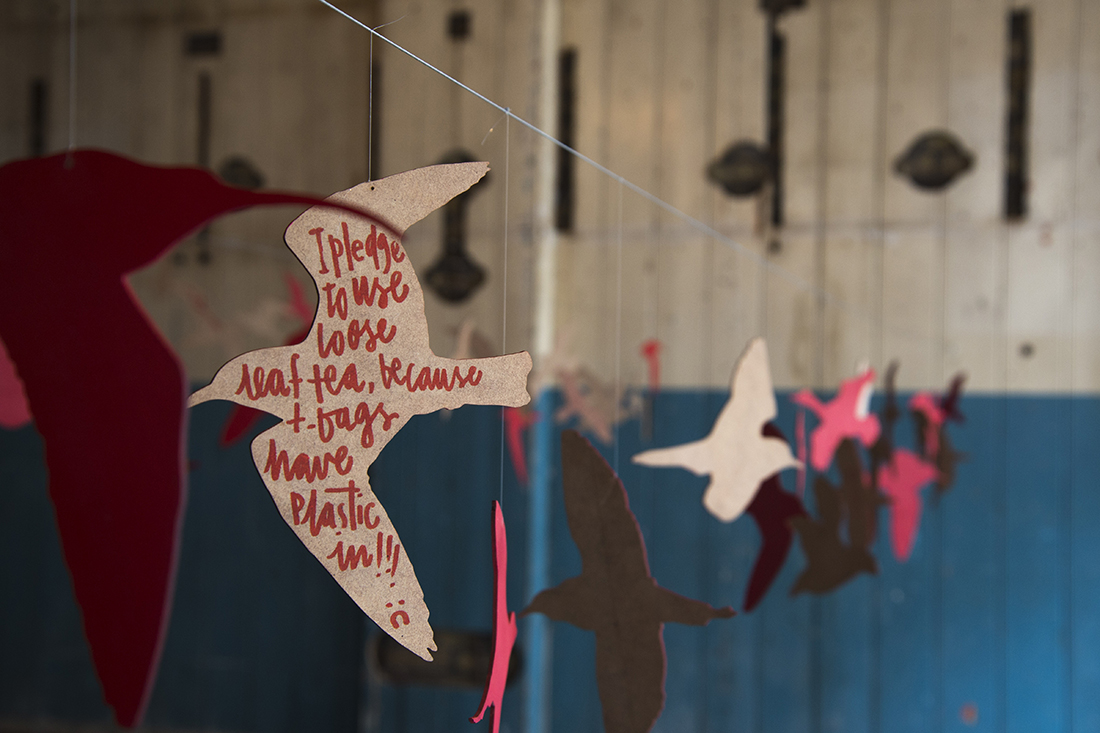 Global production of plastic stands at over 288 million tonnes per year, of which, 10% ends up in the ocean. Most of that – 80% comes from land-based sources. Litter gets swept into drains, and then goes into rivers, and ends up in the sea. Scientists predicted in 2015 that nearly every seabird (99%) will have eaten plastic by 2050 because of marine pollution. Seabirds are now more threatened than any other group of birds.

All of the seabirds flying in the space were on the UK’s red-listed in 2015, most threatened with extinction.

I asked visitors to pick one of the bird silhouettes as a place to commit their pledges to the environment in the participatory artwork installation, ‘Waving Goodbye?’. 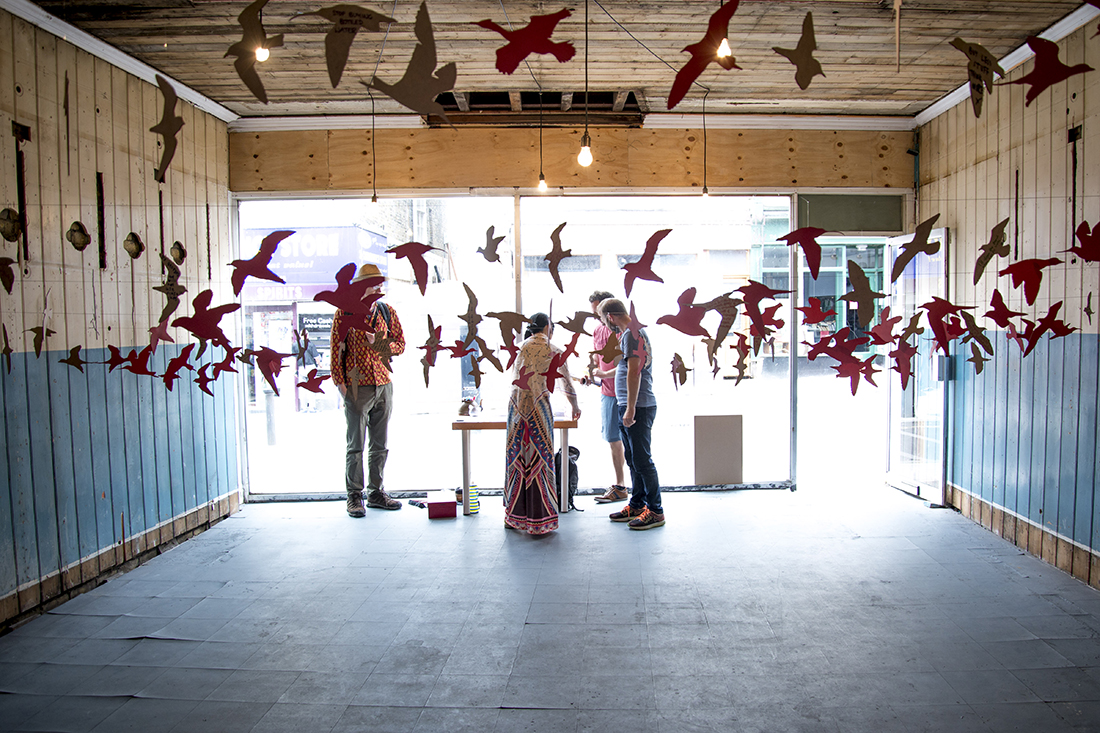 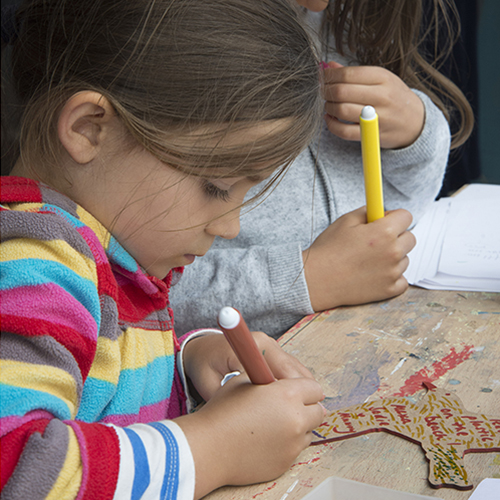 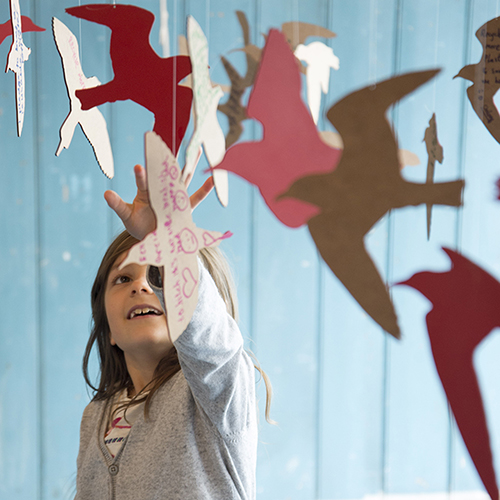