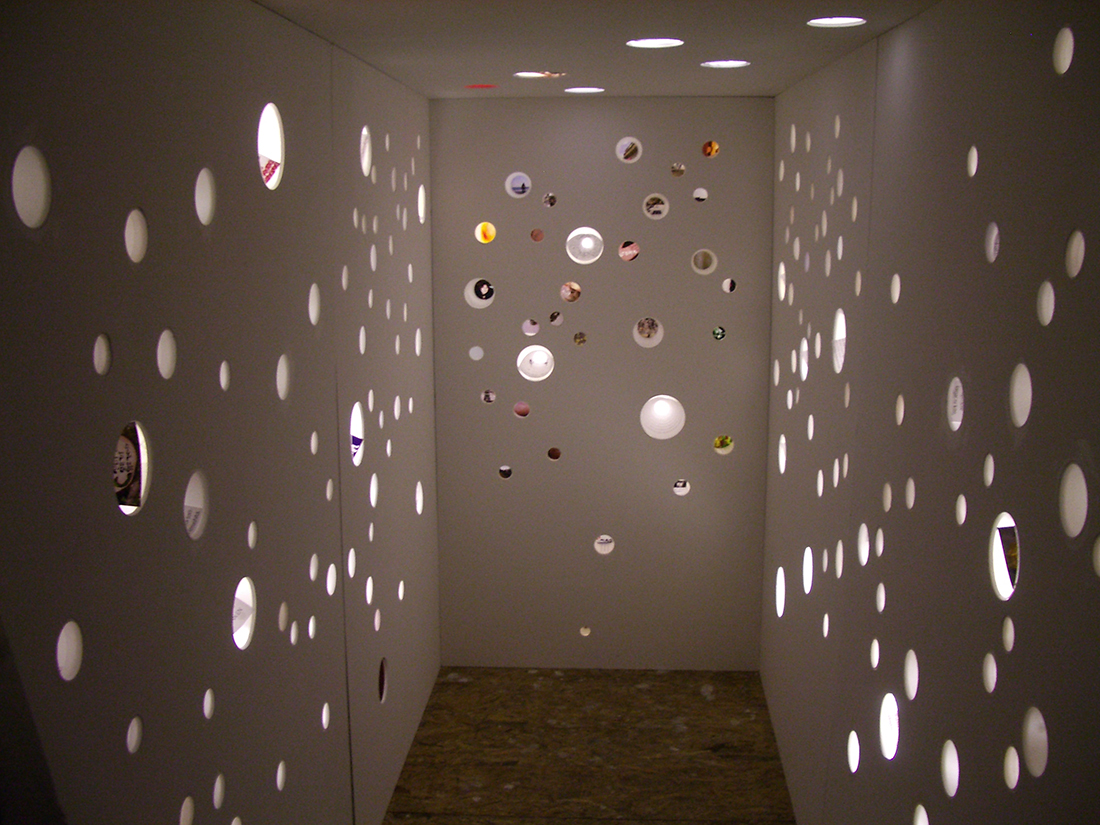 For Whom Do You Speak?

This was a two person exhibition at Shed and Half Gallery, London. I collaborated with a performance artist (Calum F. Kerr) to look at the fractured communication (both oral and visual) between people who speak completely different languages. Over 180 images were collected and/or text from people across the world, all from those who use non-European Languages. These languages included Chinese (Mandarin & Cantonese), Hindi, Japanese, Korean, Maori, Persian, Taiwanese & Tibetan.

This process was similar to SETI (Search for Extra-Terrestrial Intelligence) projects, such as NASA's Voyager 1 & 2 Spacecraft that carried disks with a ‘message to Aliens’ contained inside. The contributors were asked to communicate their own ‘message in a bottle’ to whoever might view it in the exhibition.

On the opening night visitors were encouraged to form a new language through linking the installation (by me) to a performance (by Kerr). Visitors were handed a notepad and pencil and encouraged to write or draw interpretations of the 180 messages they saw through the 'spy holes' installed in the larger shed. Visitors then took their interpretation to Kerr in the smaller shed and through an agreed form (that could be drawn, gestured or spoken) reach a final translation of what was originally seen.

Over 60 visitors participated this process and everyone did so very seriously and patiently.
People were even queuing at the smaller shed to wait their turn, most of them chose to draw words and images together with Kerr.

Before the opening, the small shed was completely white. At the end it was full of visitors colourful drawings and writings. The ceiling, walls, floor and Calum covered as if one’s memories had returned vividly through others. 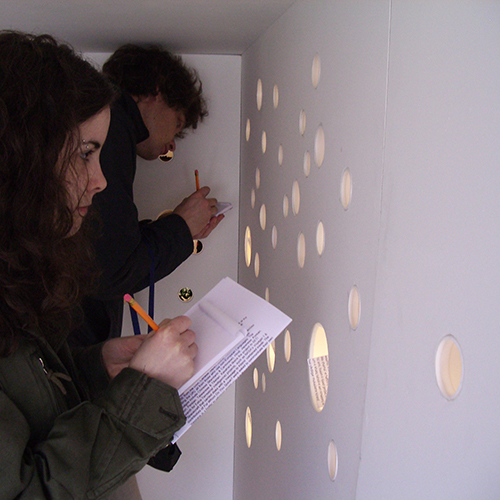 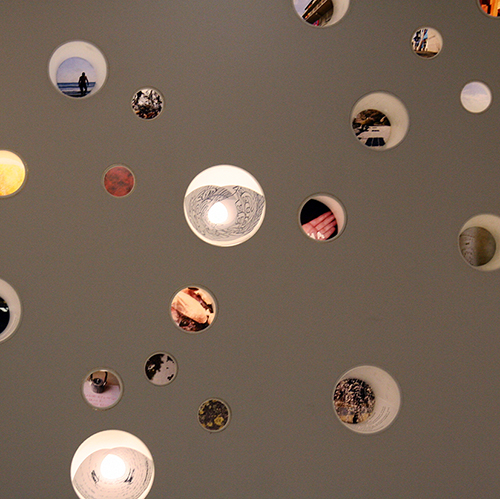 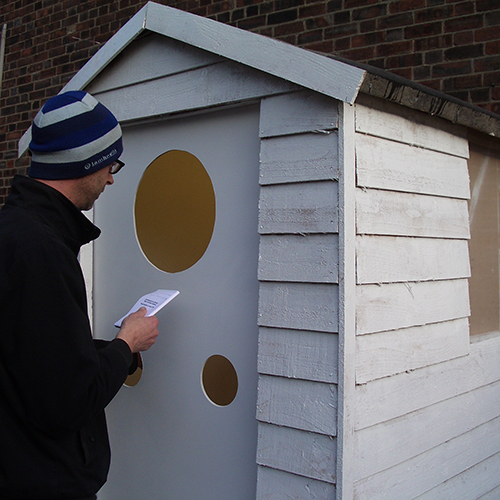 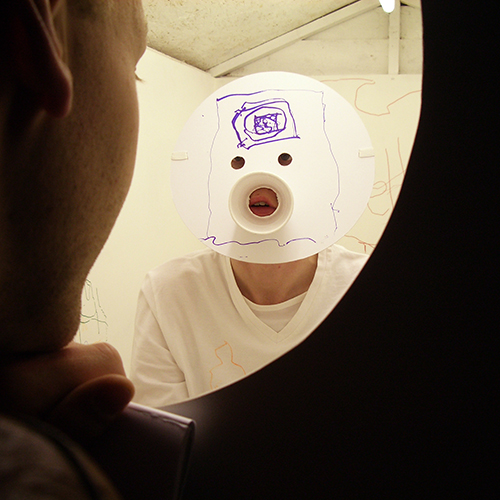 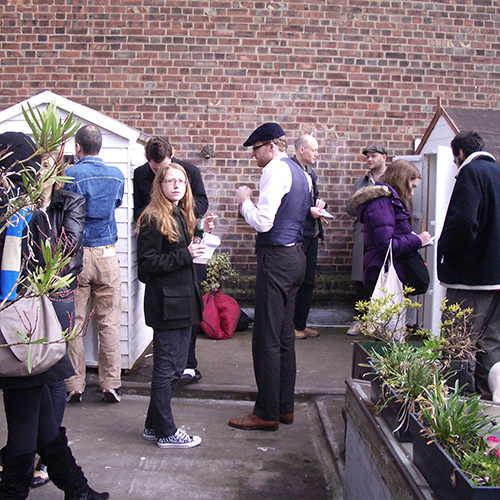 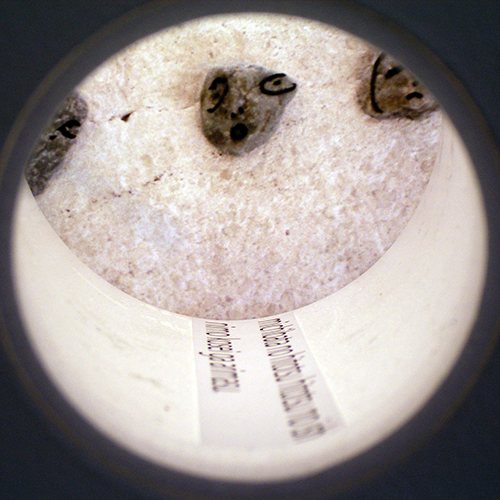 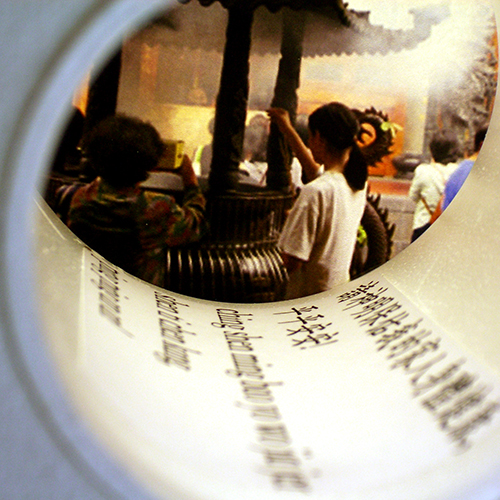 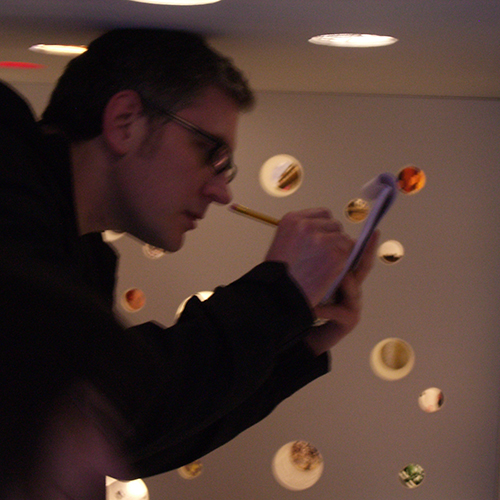 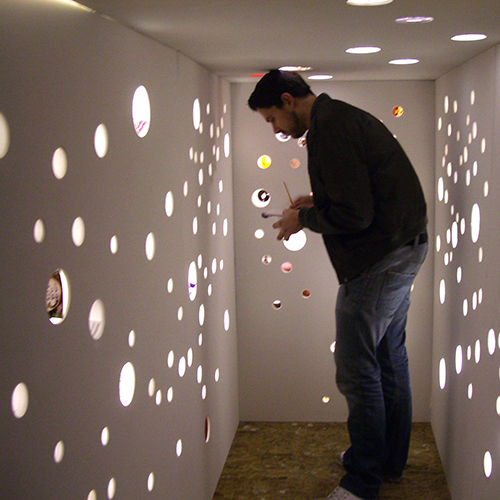 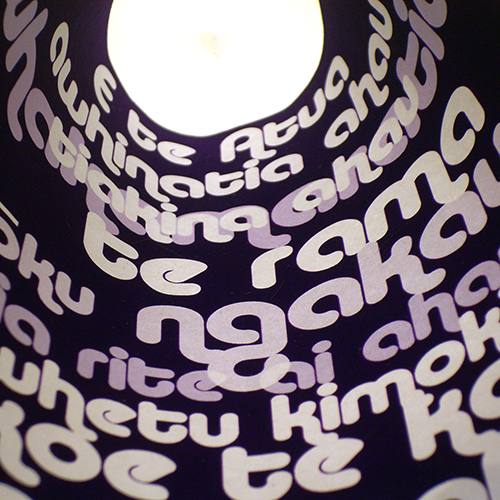 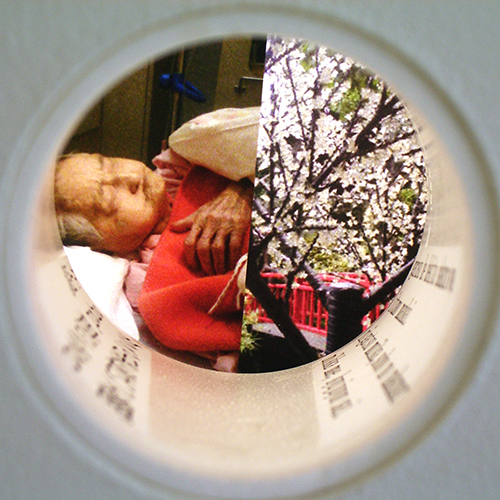 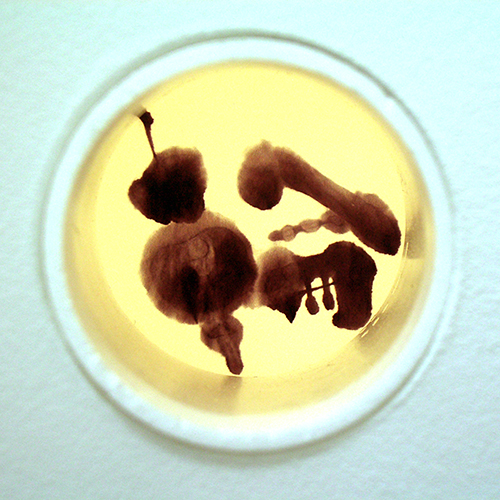 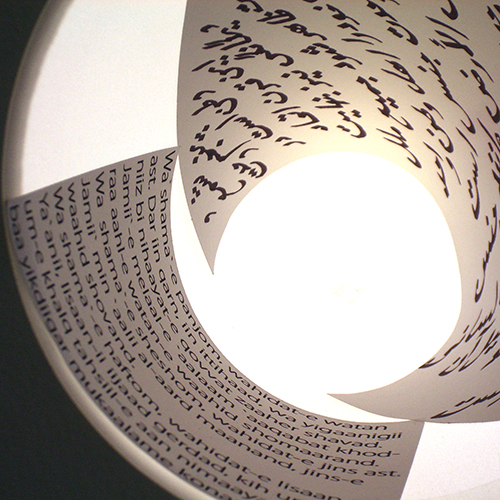 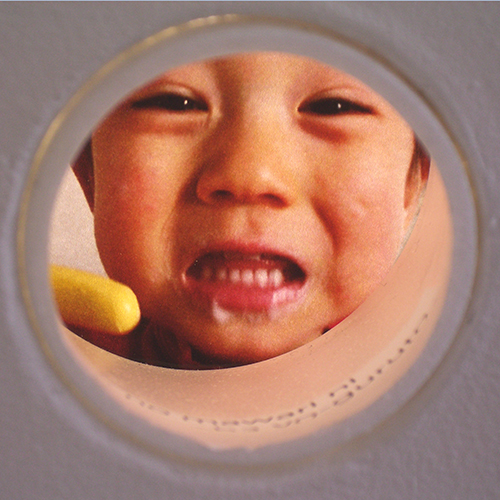 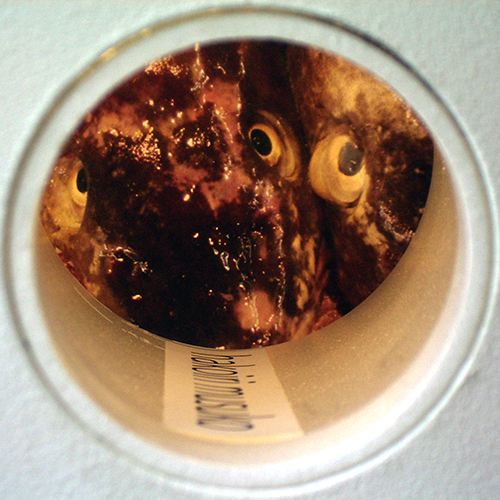 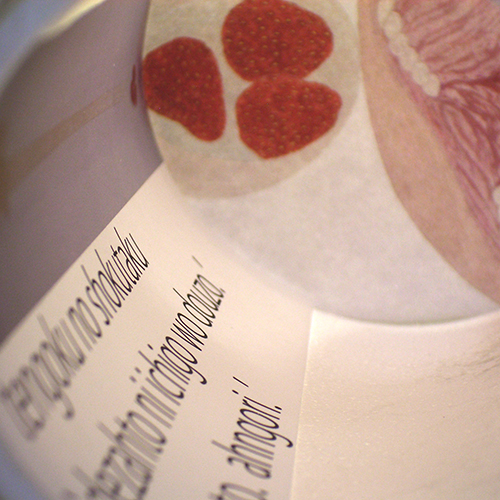 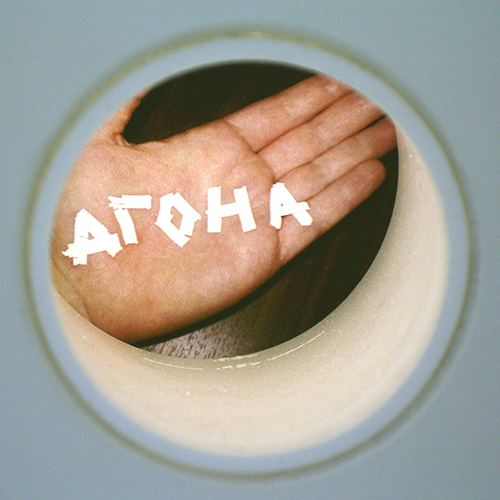 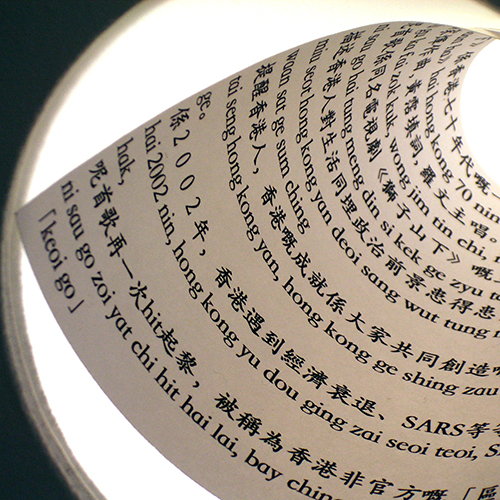 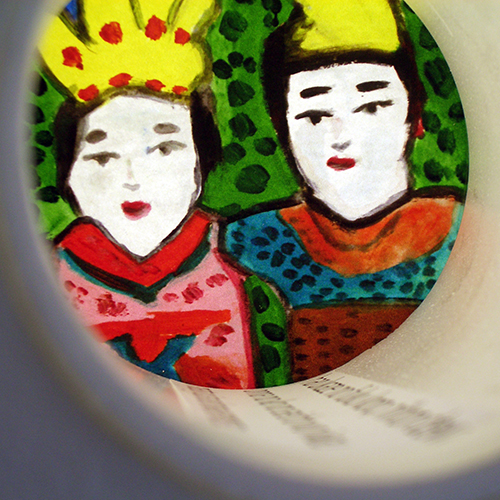 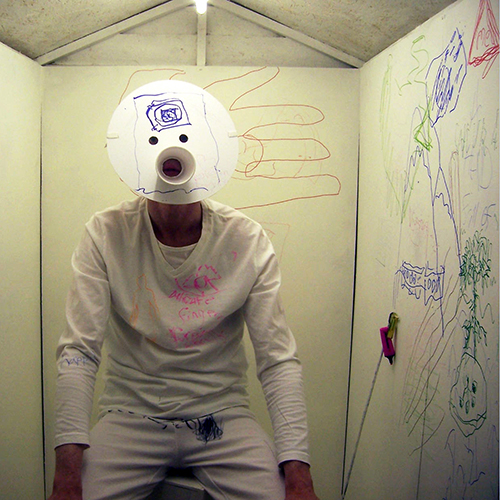 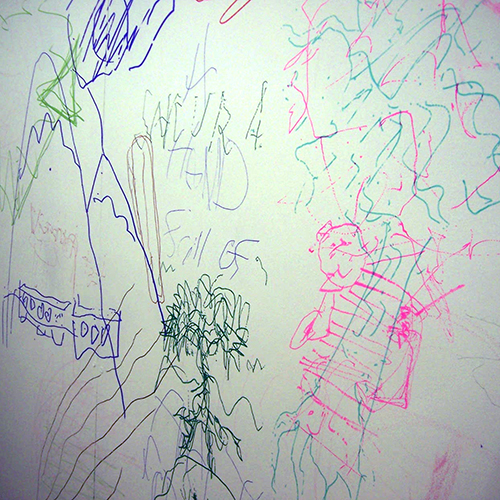 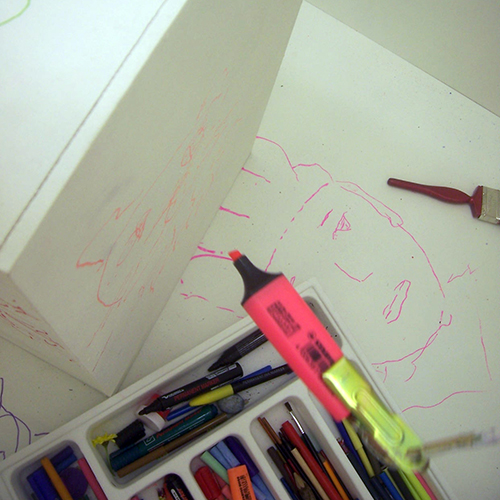 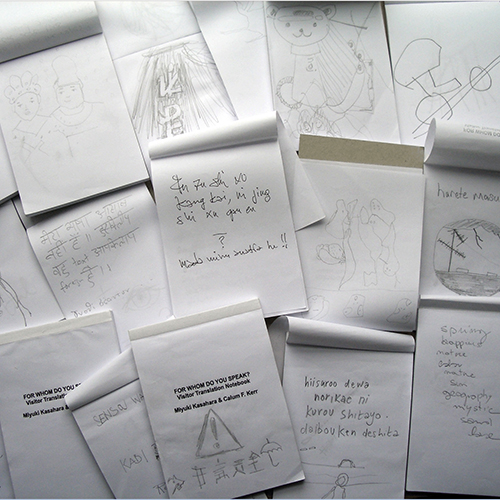