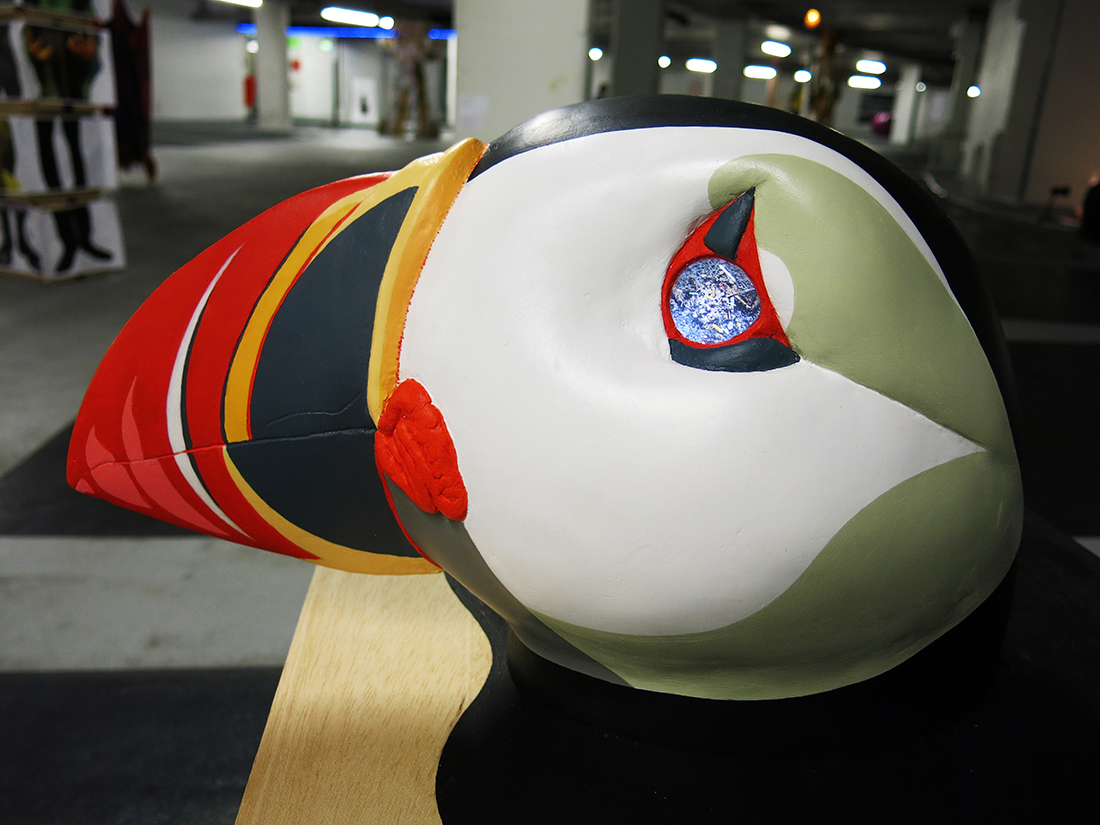 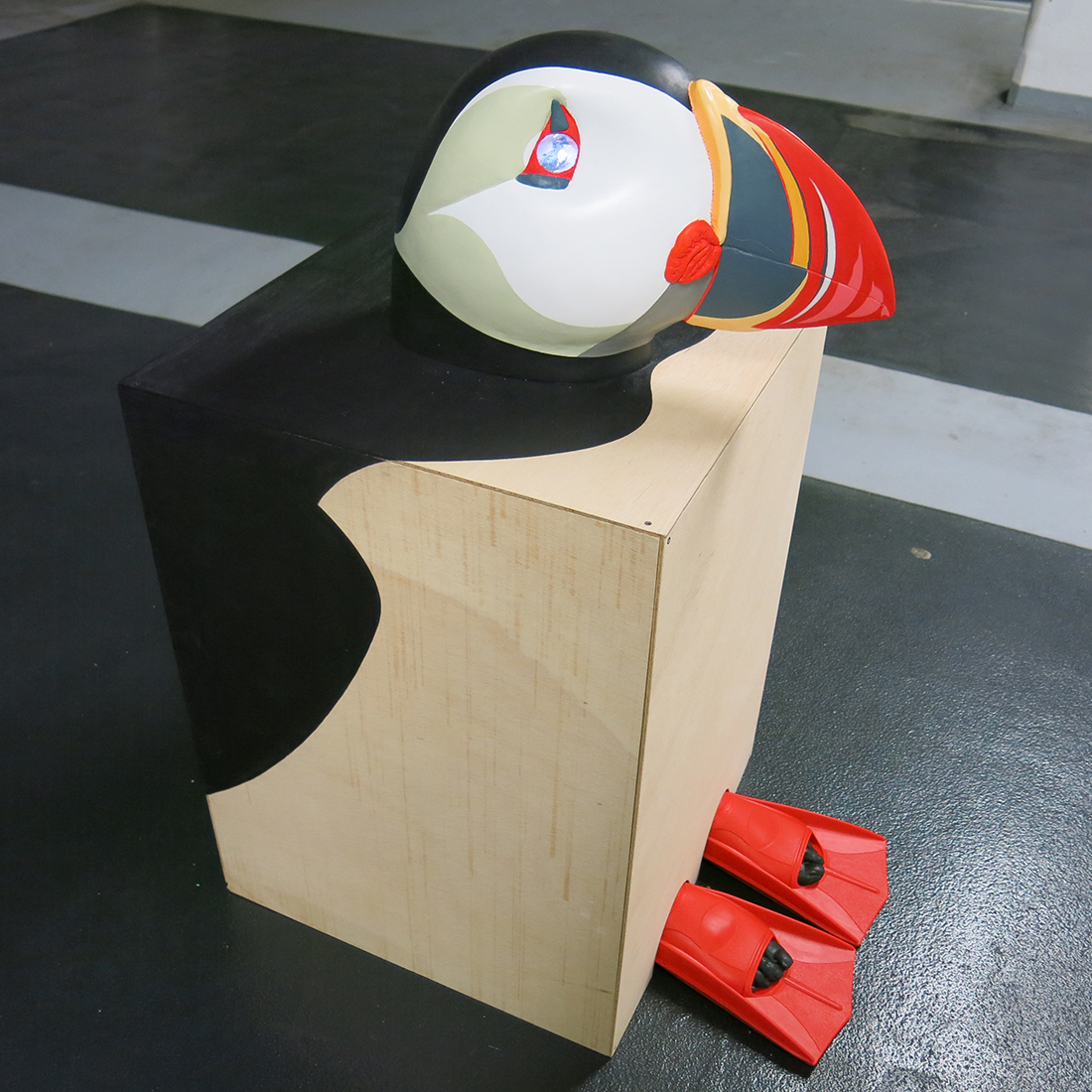 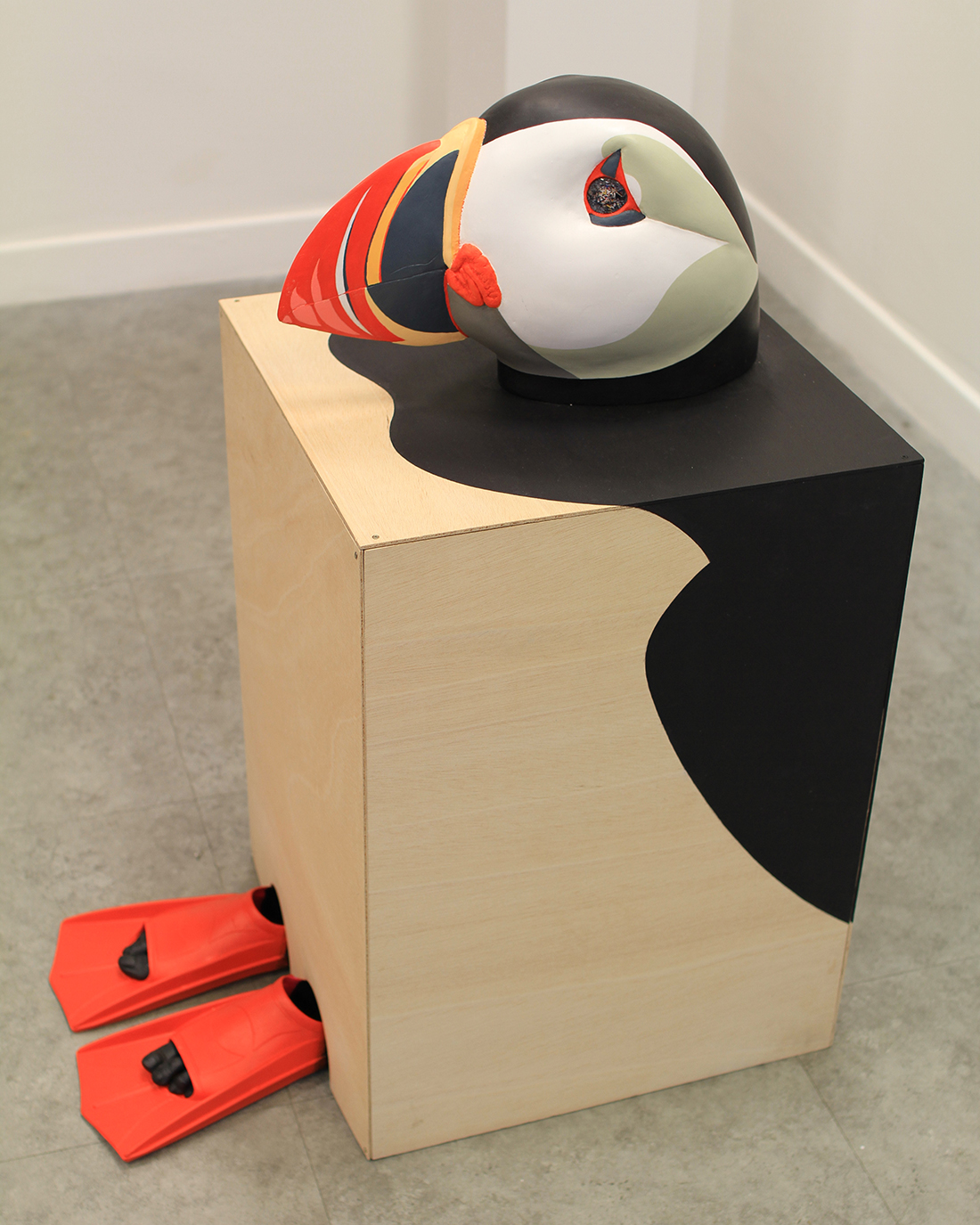 The Puffin became a red listed (most threatened) bird in 2015. The body of this puffin resembles an oil spill. In the right eye shows an oil coated puffin found after the prestige oil spill in Galicia in 2002. In the left eye it shows an albatross in Midway Atoll with plastic in its guts. 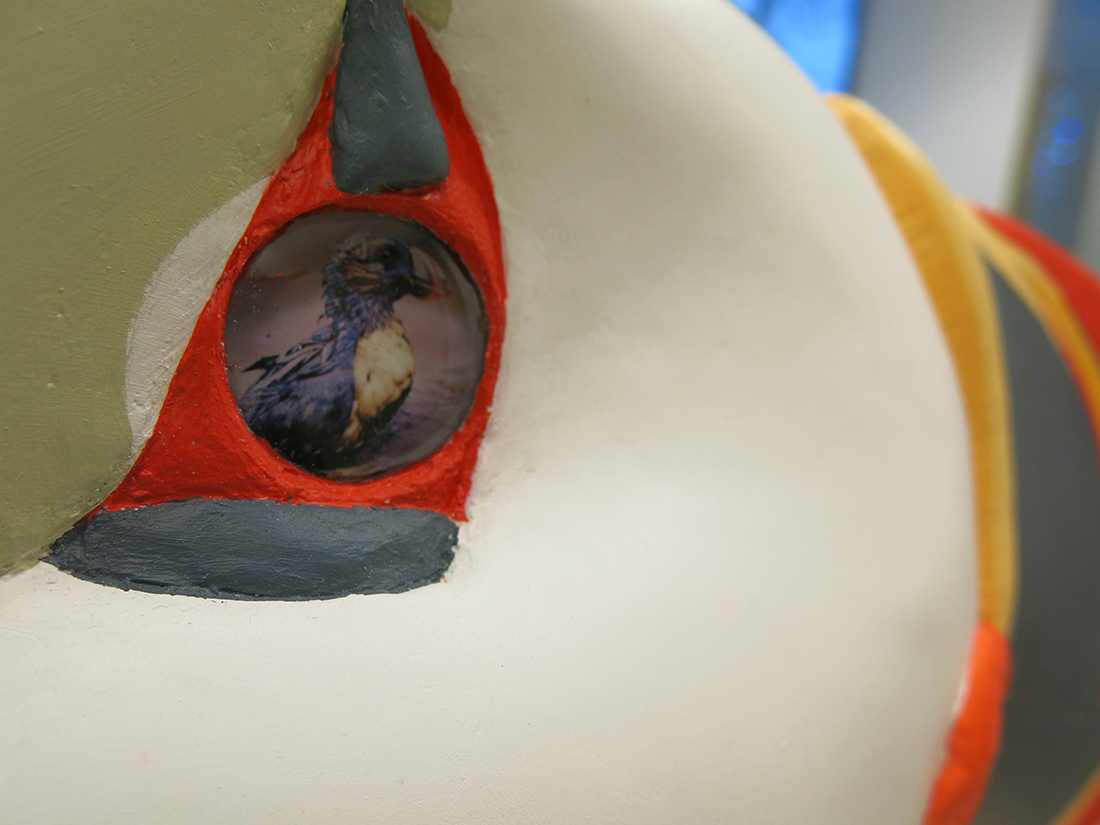 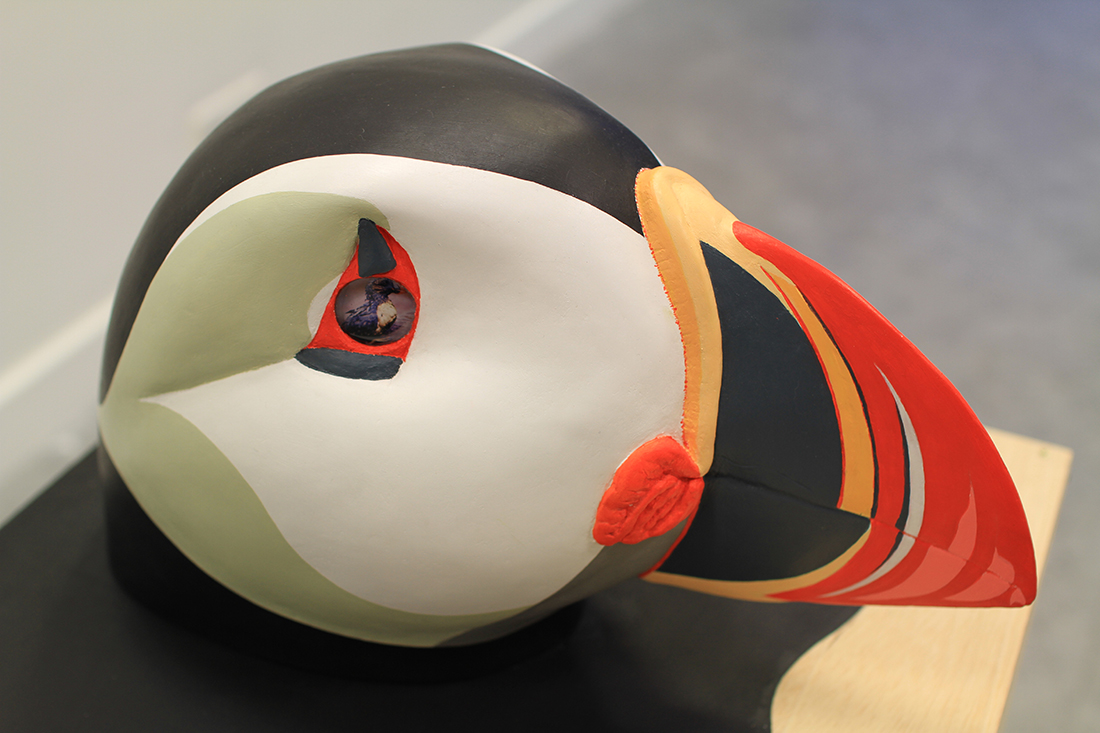 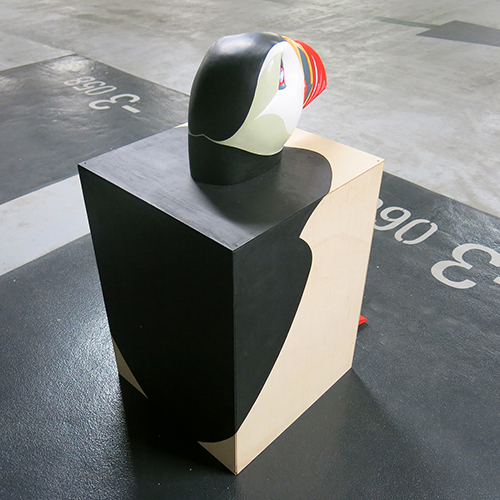 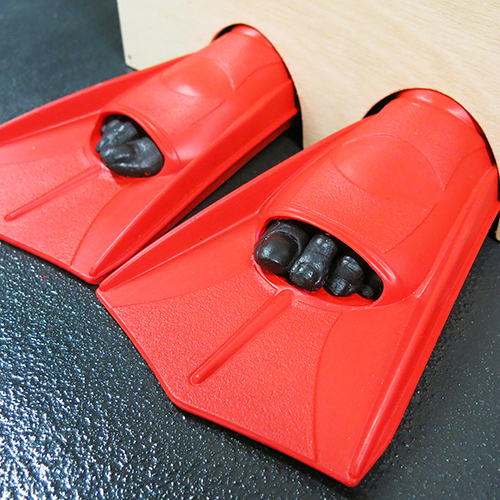