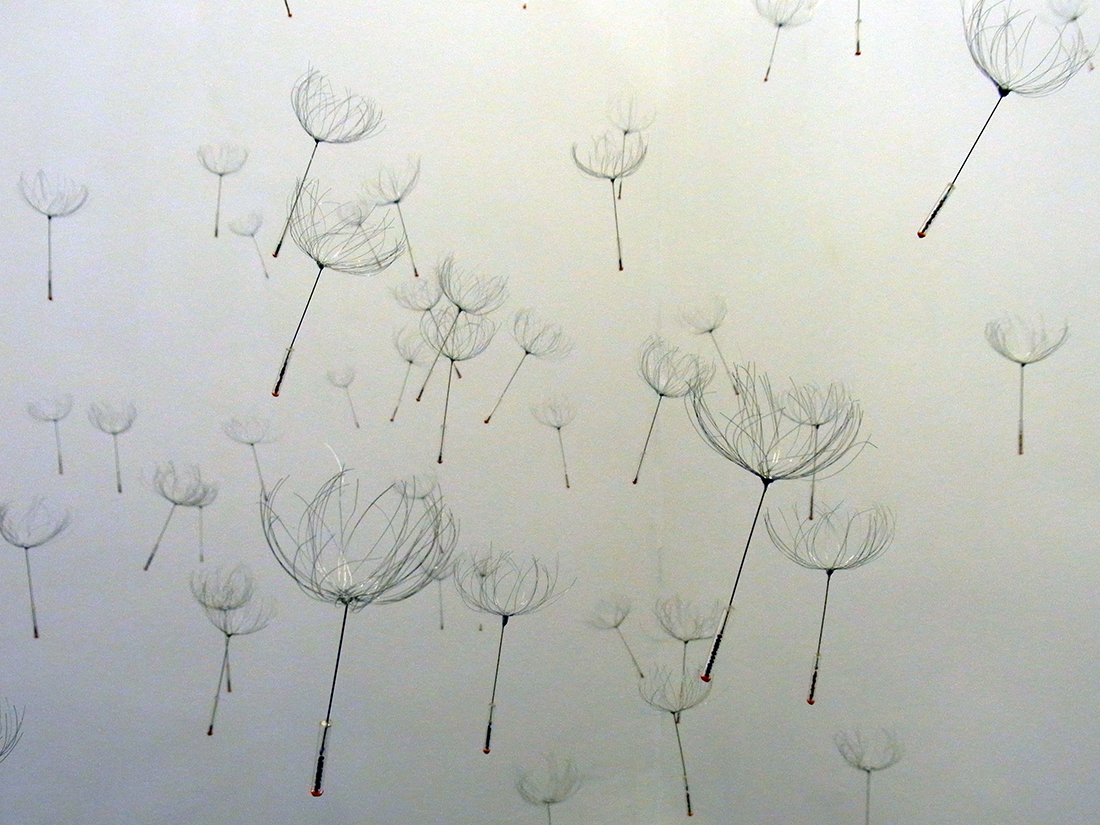 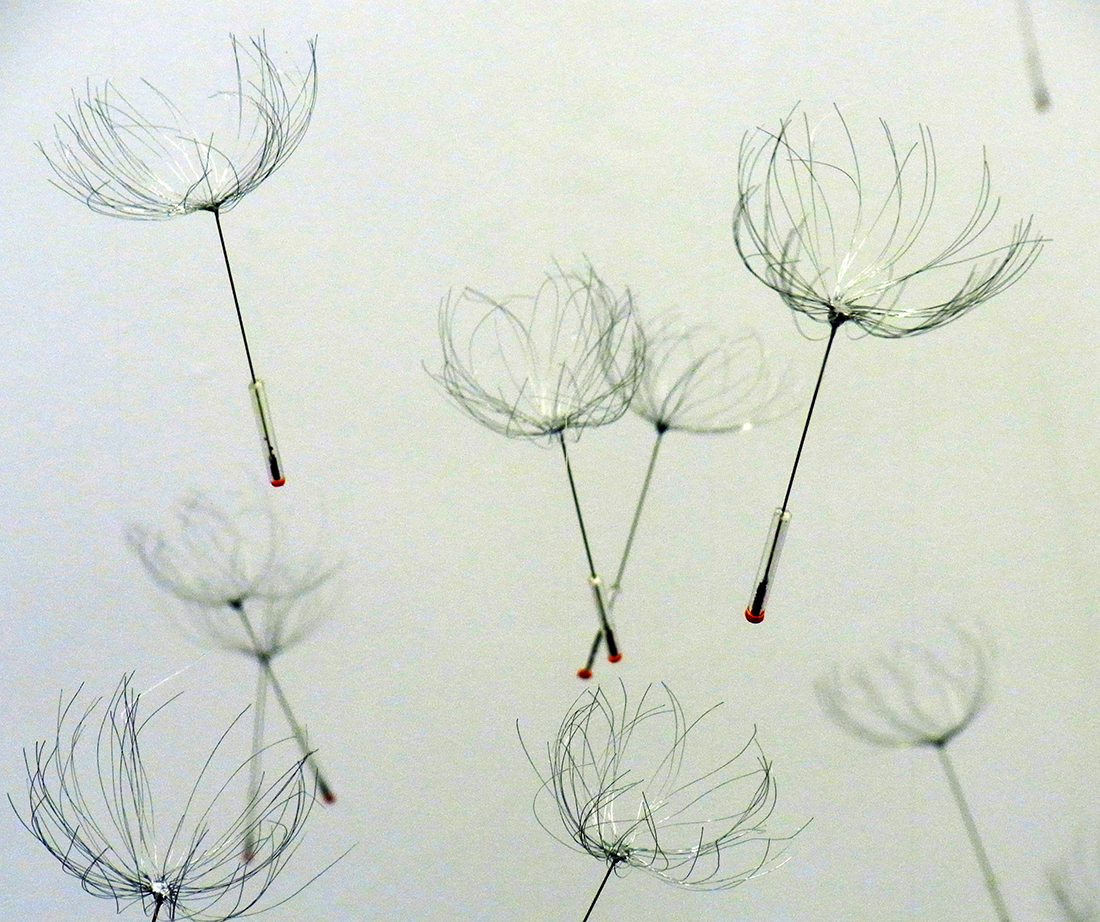 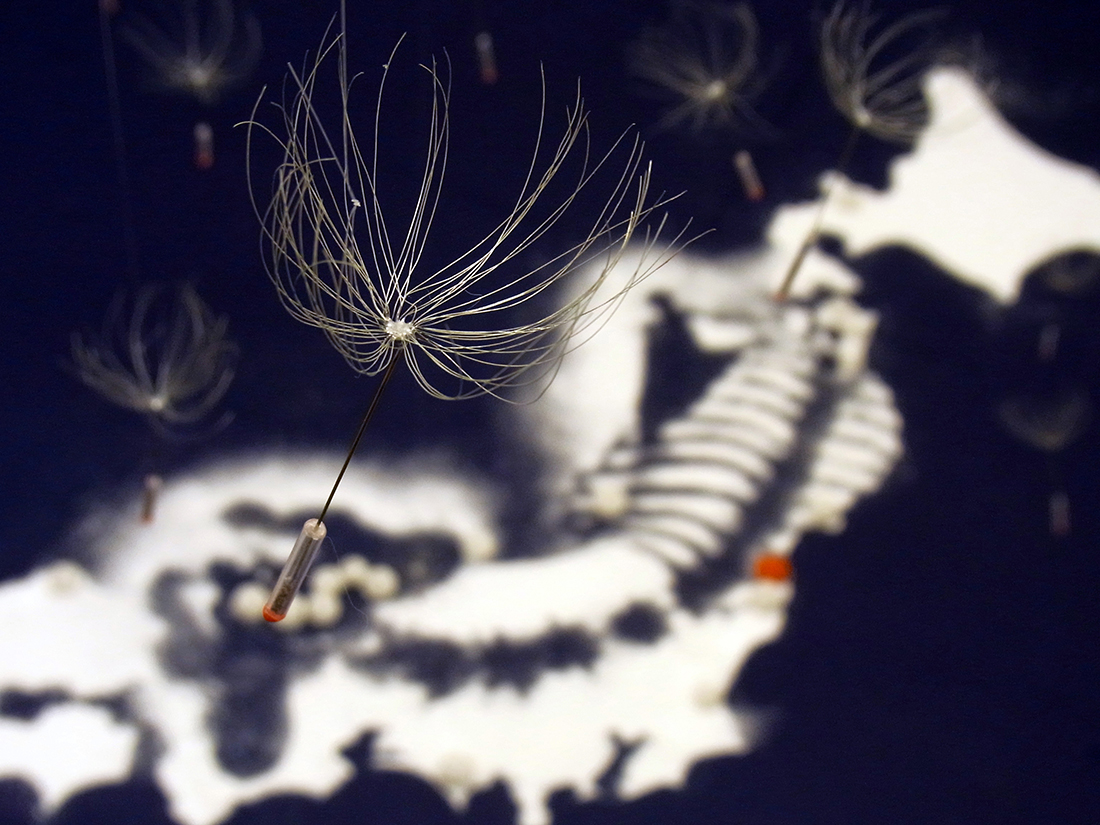 This work is my personal response to the Fukushima Diichi nuclear disaster that followed the Tohoku earthquake and tsunami on 11 March 2011 in Japan but also has wider implications important to the United Kingdom, which is still an ardent user of nuclear power. Also this is not just about nuclear power issues we have in the present, but also the future consequences of its usage.

This installation has 100 seed tufts flying over a map of Japan, these tufts resemble giant dandelion seeds but are all handmade from wire and plastic.
Each contains real flower seeds with a stain of red (shu)*1 symbolising the radioactive fallout after the disaster. The map is made from white powder (gofun)*2 sieved and layered over a model of a human skeleton.

*1. Gofun – A white pigment made of calcium carbonate powder obtained by heating and pulverizing seashells. Gofun was used in Japan from Muromachi period (15c) to the present.
This calcium powder is a symbol of our body structure. Also a common isotope in radioactive fallout, strontium 90’s nucleus is very nearly the same as calcium, so the body mistakenly incorporates strontium into bones and tooth enamel in the place of calcium.
This isotope can cause leukæmia’s, bone cancers and other debilitating bone diseases.
*2 . Shu – Vermilion. An intense orange-red pigment, made of cinnabar. It’s earliest known use in Japan dates back to the Kofun period (3 – 7c) when it was applied to bodies buried in tomb. 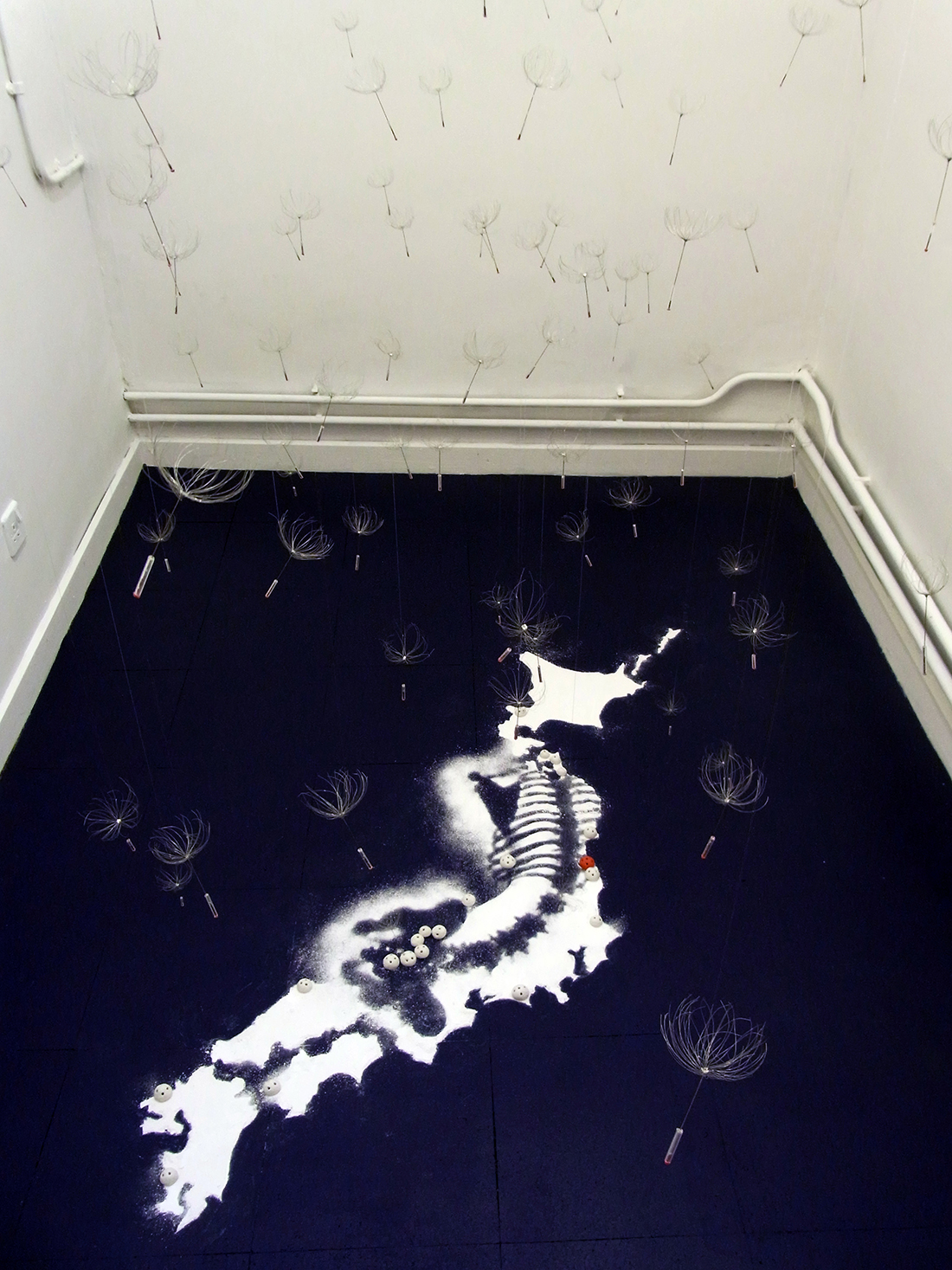 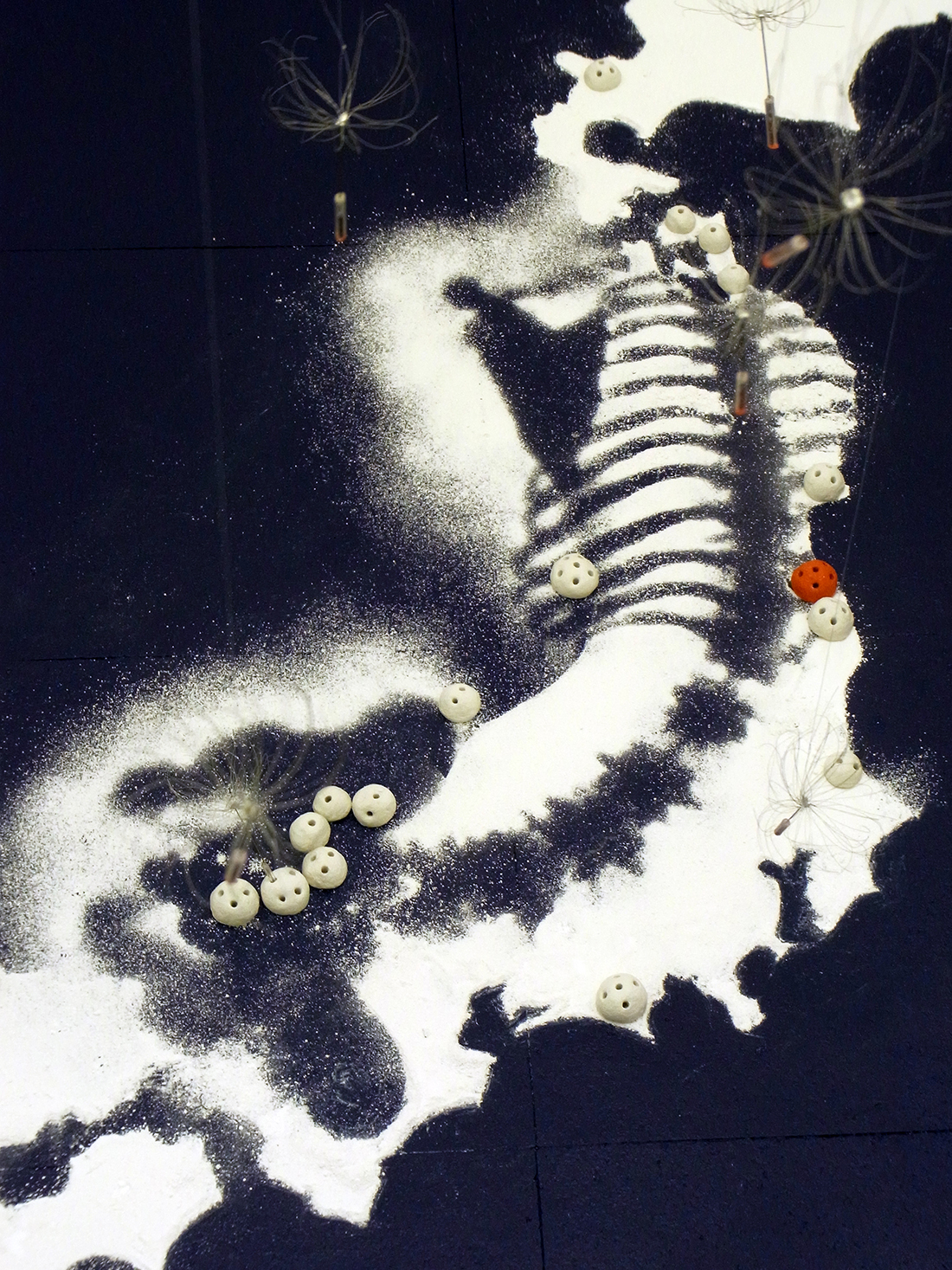