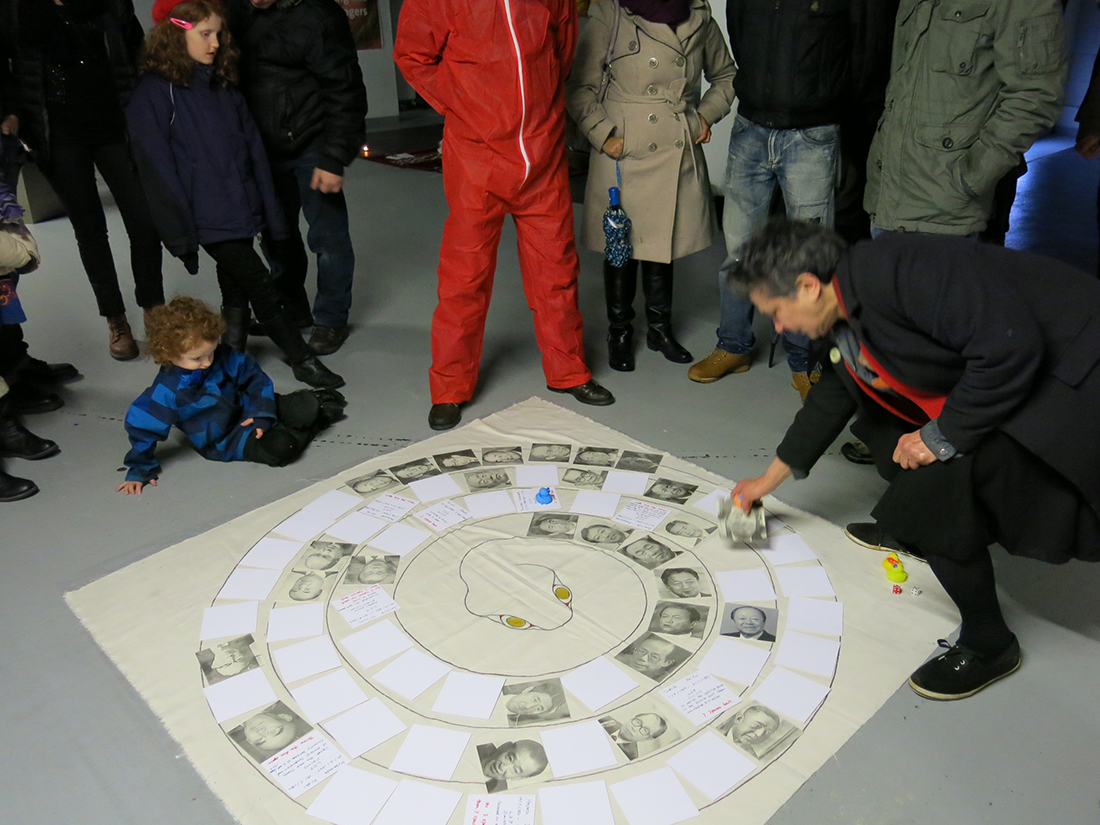 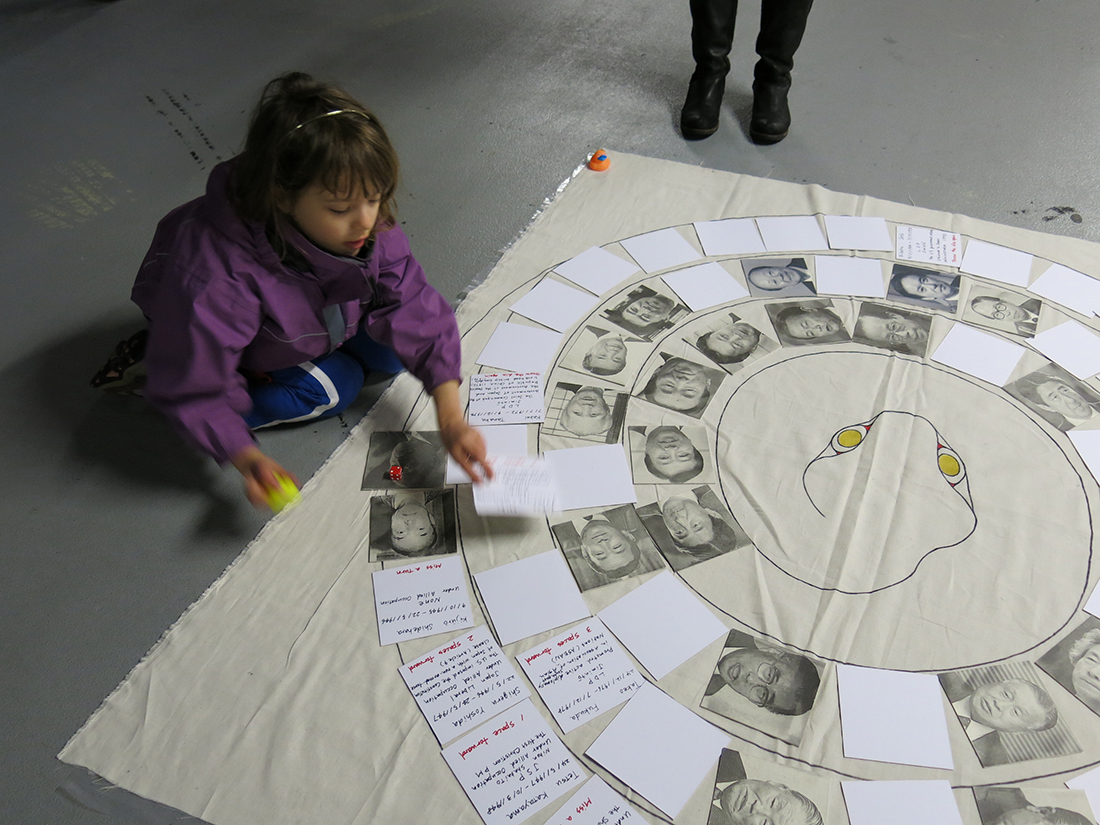 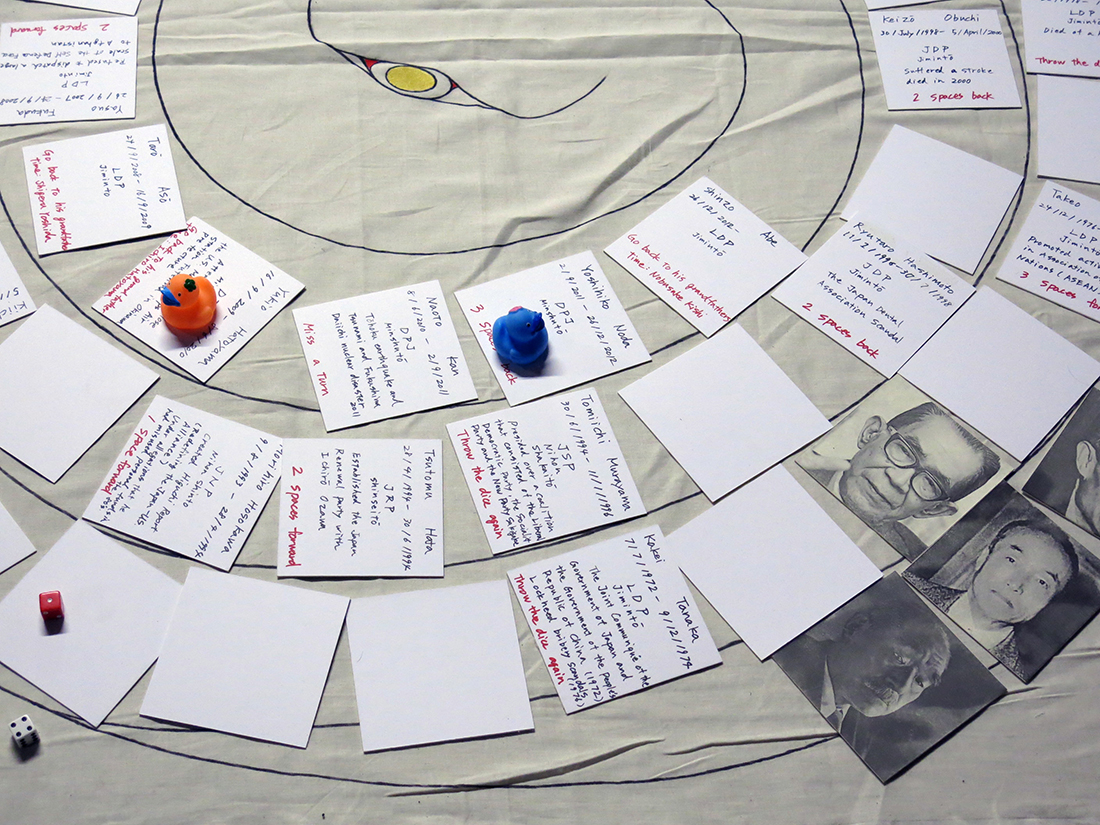 
Lunatic Mehen is named after a ‘Mehen’, an Ancient Egyptian coiled snake board game.
This is an interactive game looking at Japanese political relations with the U.S. government after the U.S.'s occupation, it covers from 1945 to the present. The images used for the game are all the past Japanese prime ministers who failed to gain independence from the U.S. government. None of them have succeeded and negotiations go around in endless circles, that's why it is called Lunatic Mehan. Through the game, participants can experience each prime minister's achievement and failure.

This board game uses two dice with maximum 5 of people. As it is difficult get to the goal, participants get frustrated by the politician's actions, but they will learn the issues and why they cannot move forward easily. 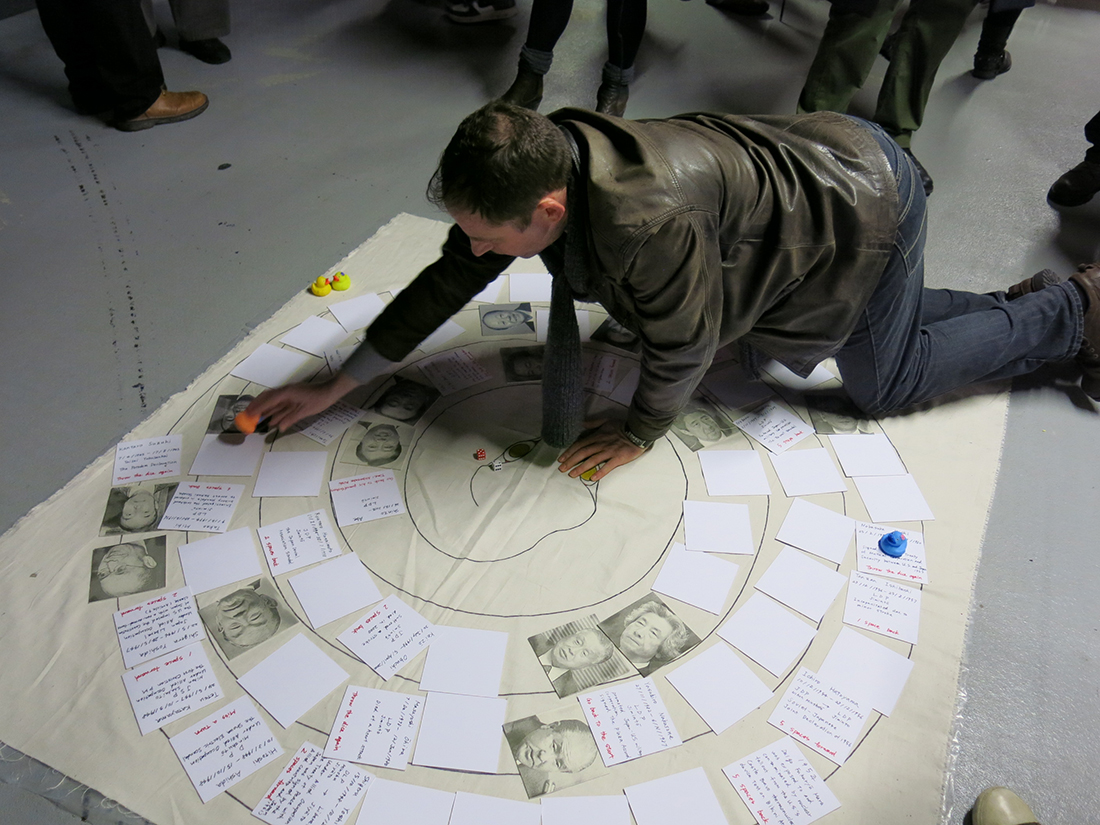 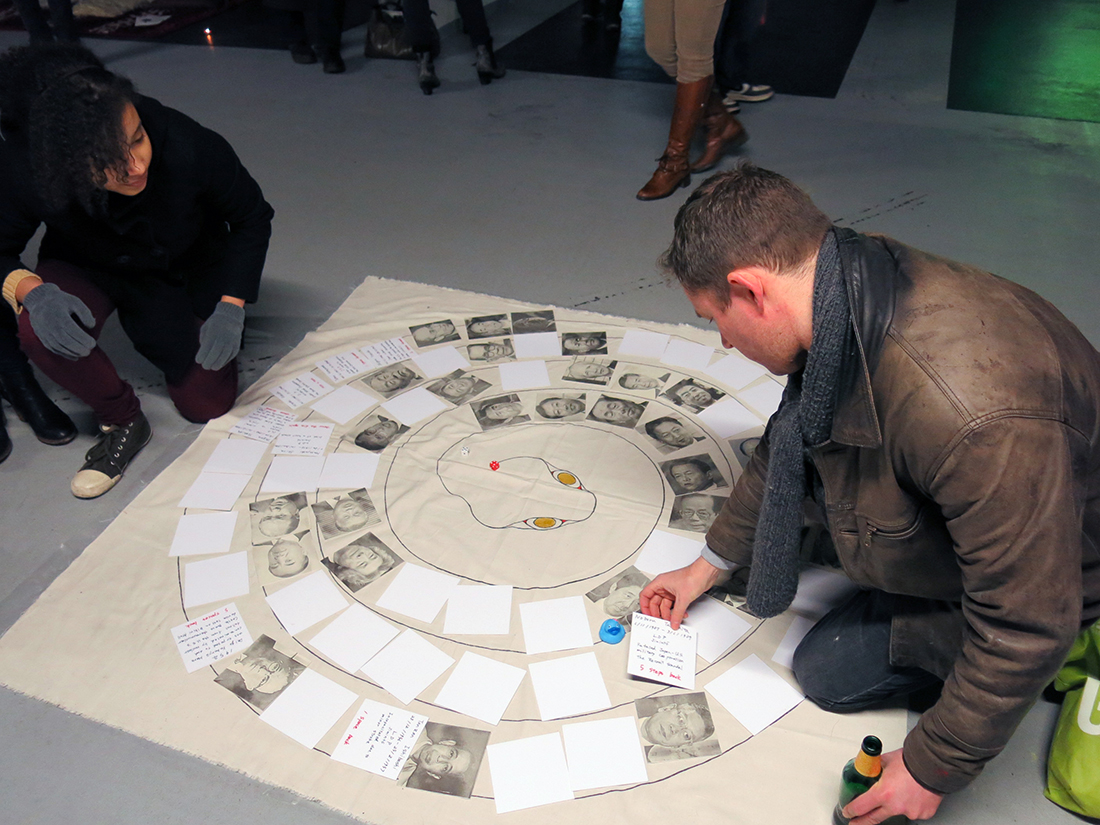 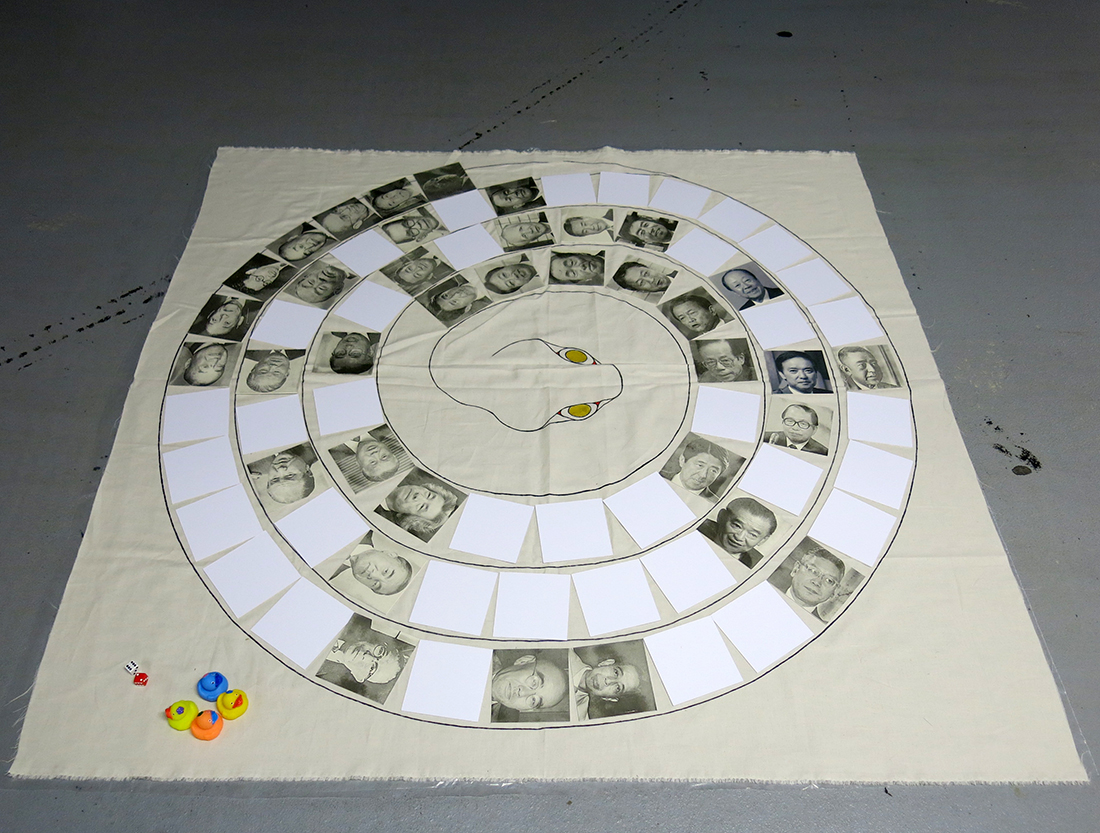