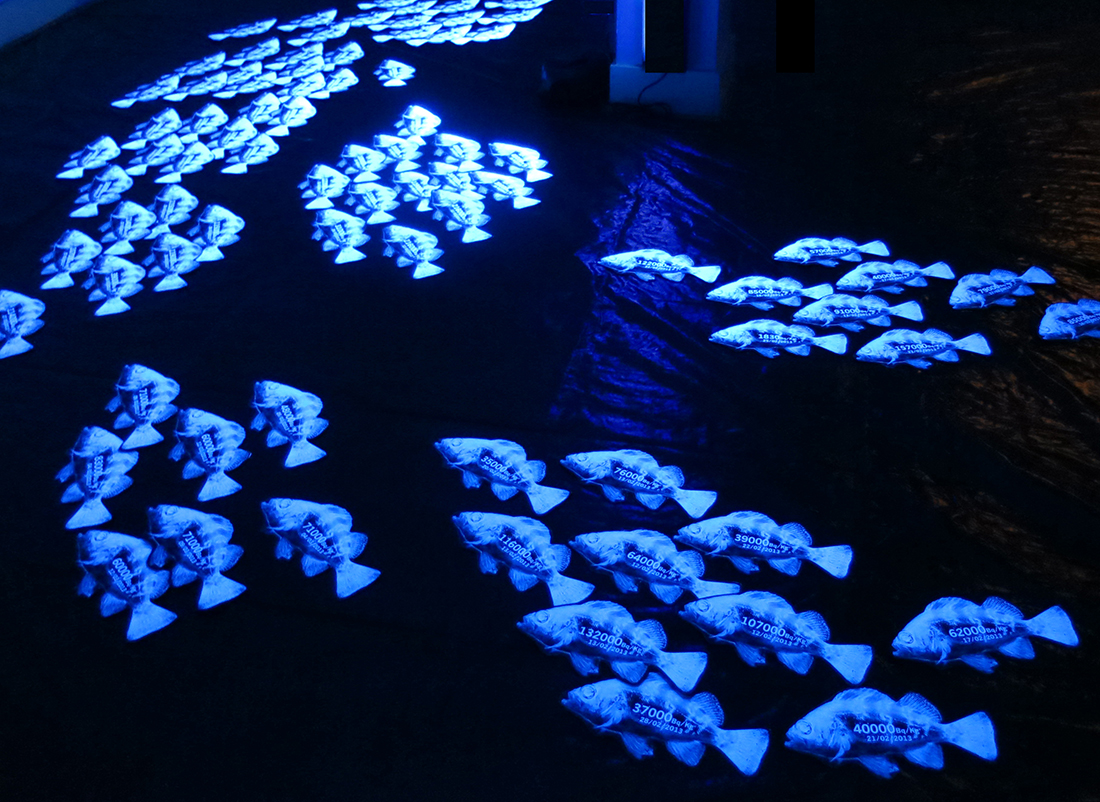 Mebaru is a common rockfish known as 'a messenger telling of the arrival of spring' in Japan.
Each fish has a number on showing their radioactive Cesium level (Cs-134 + Cs-137) Bq*/kg and the dates they were caught in the port of Fukushima Daiichi Nuclear Power Station.

The data is based on the Tokyo Electric Power Company (TEPCO) reports of the last 18 months (January 2013 – August 2014). This work grows as new data is added with each showing.

Since April 2012, Japanese Safety Standard Value is Cs-134+Cs-137= 100Bq/kg, which is in line with the International Standard set by the Codex Alimentarius Commission. 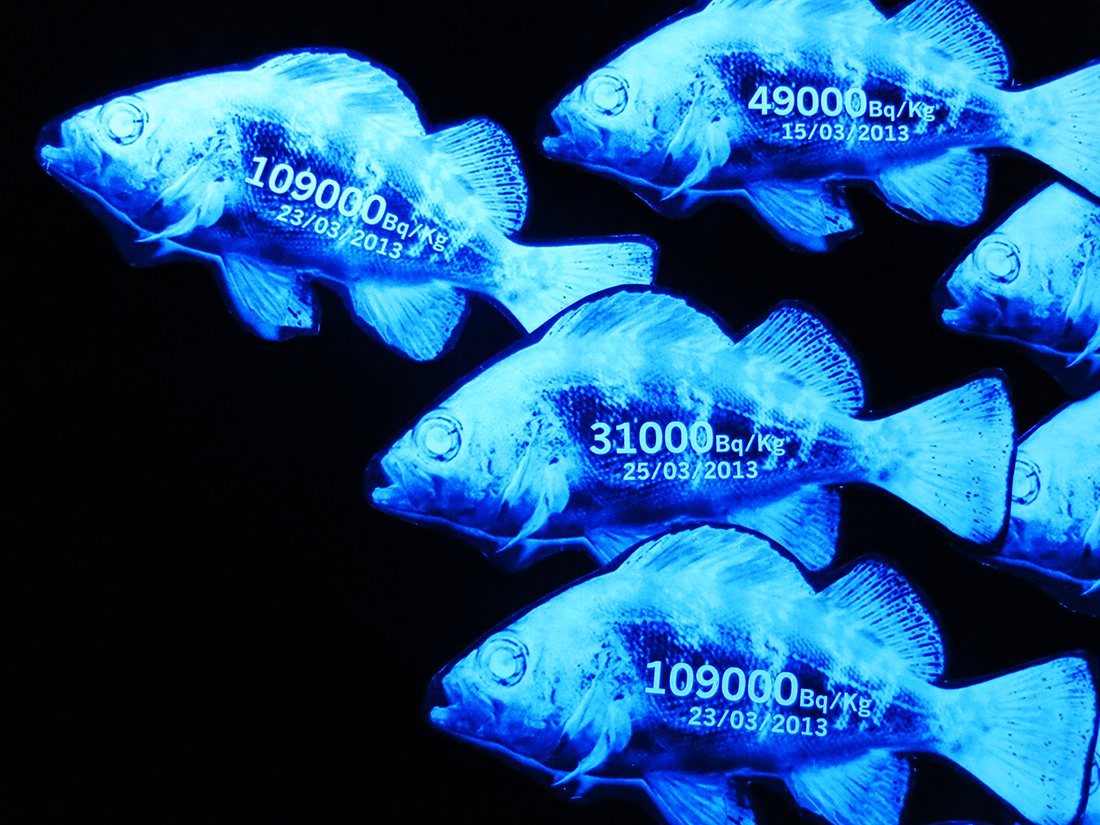 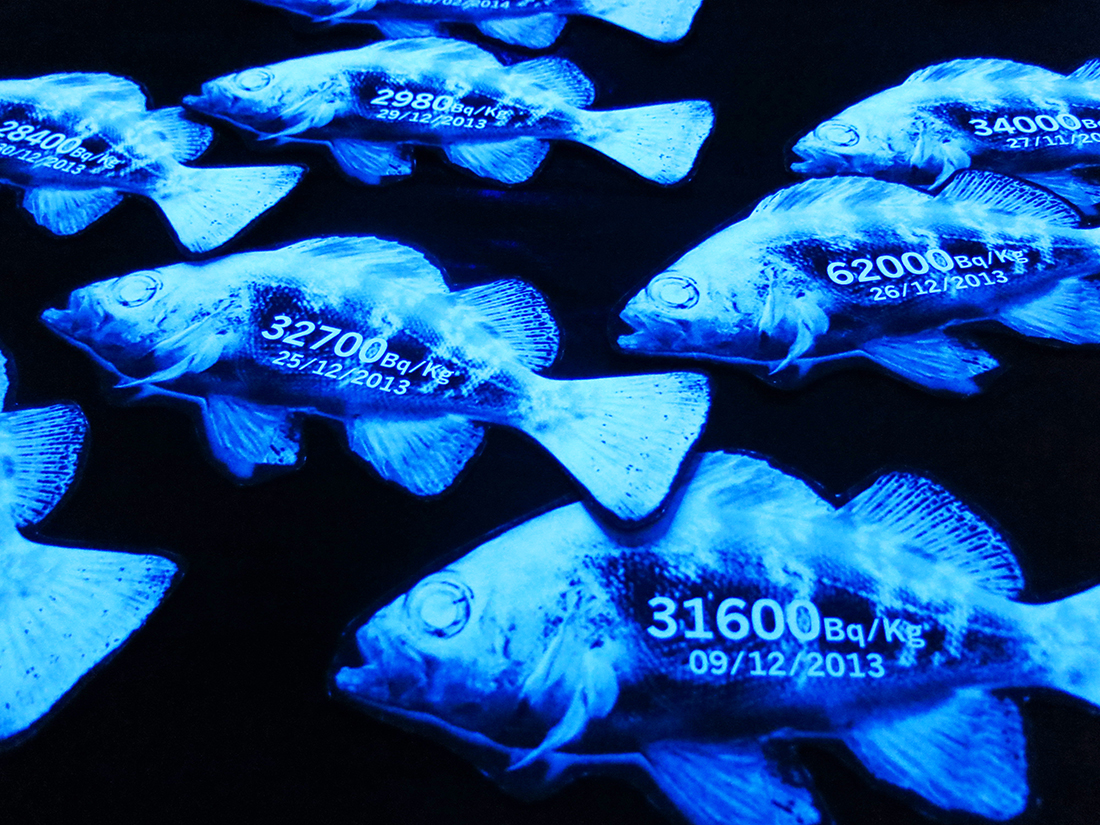 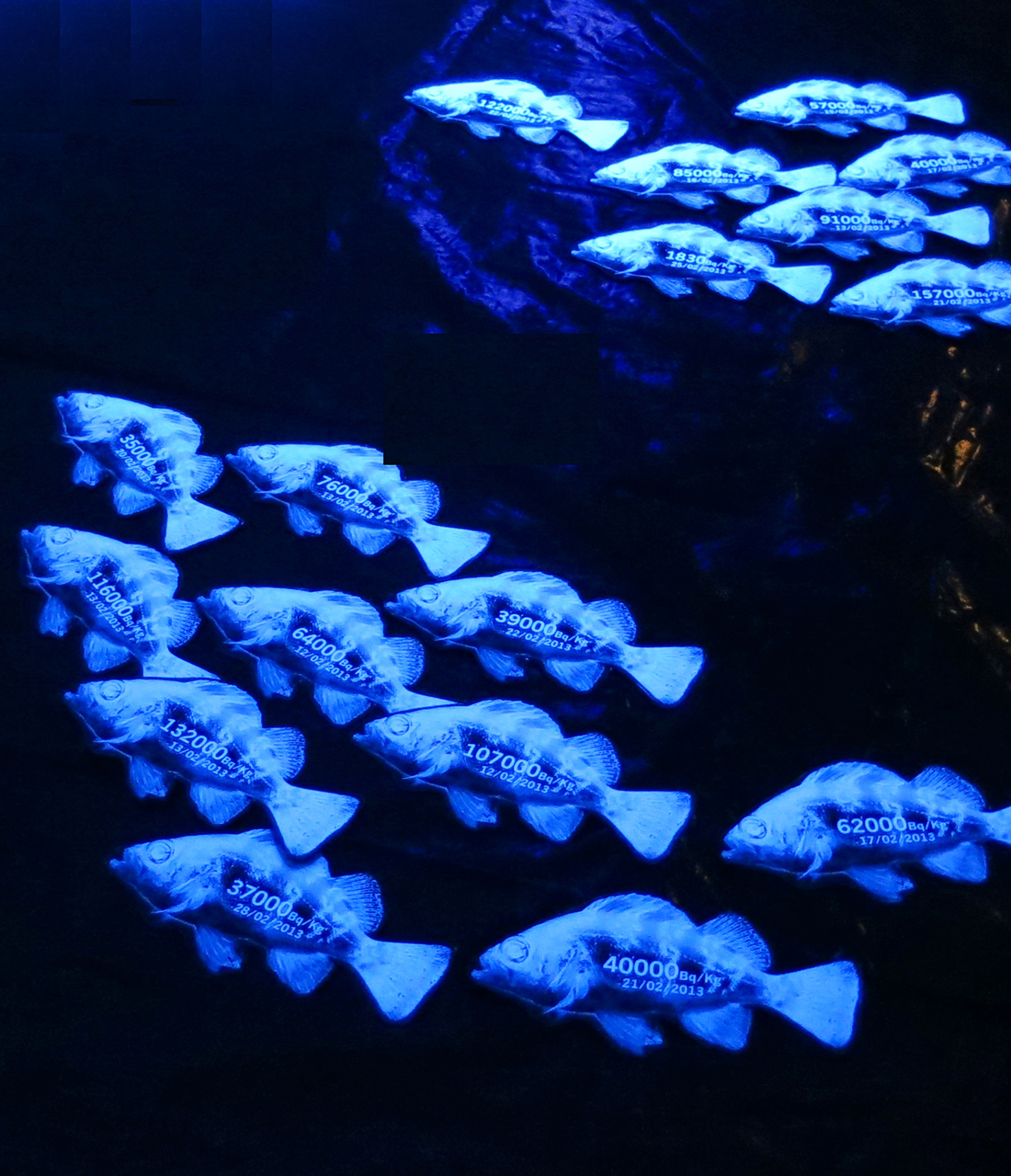