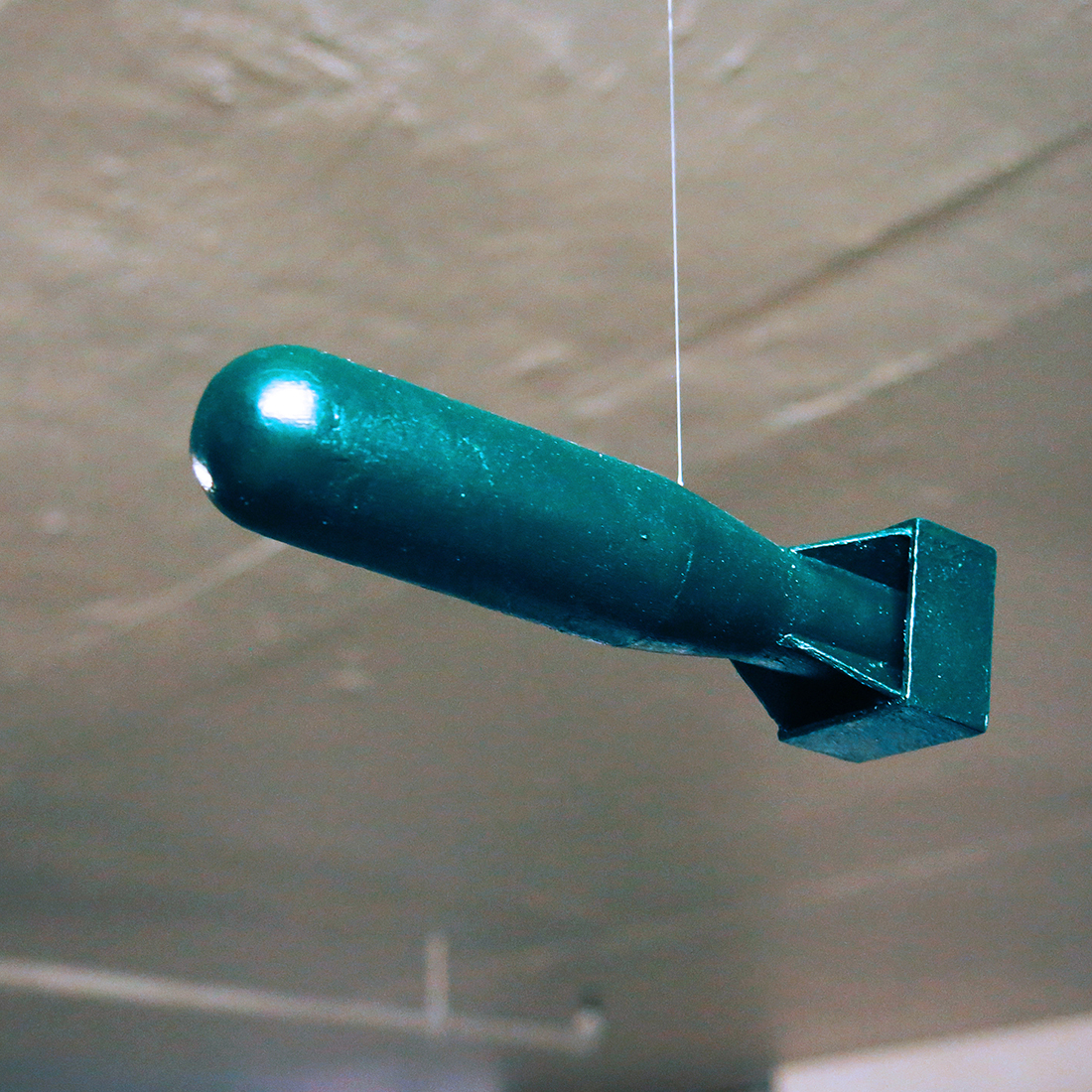 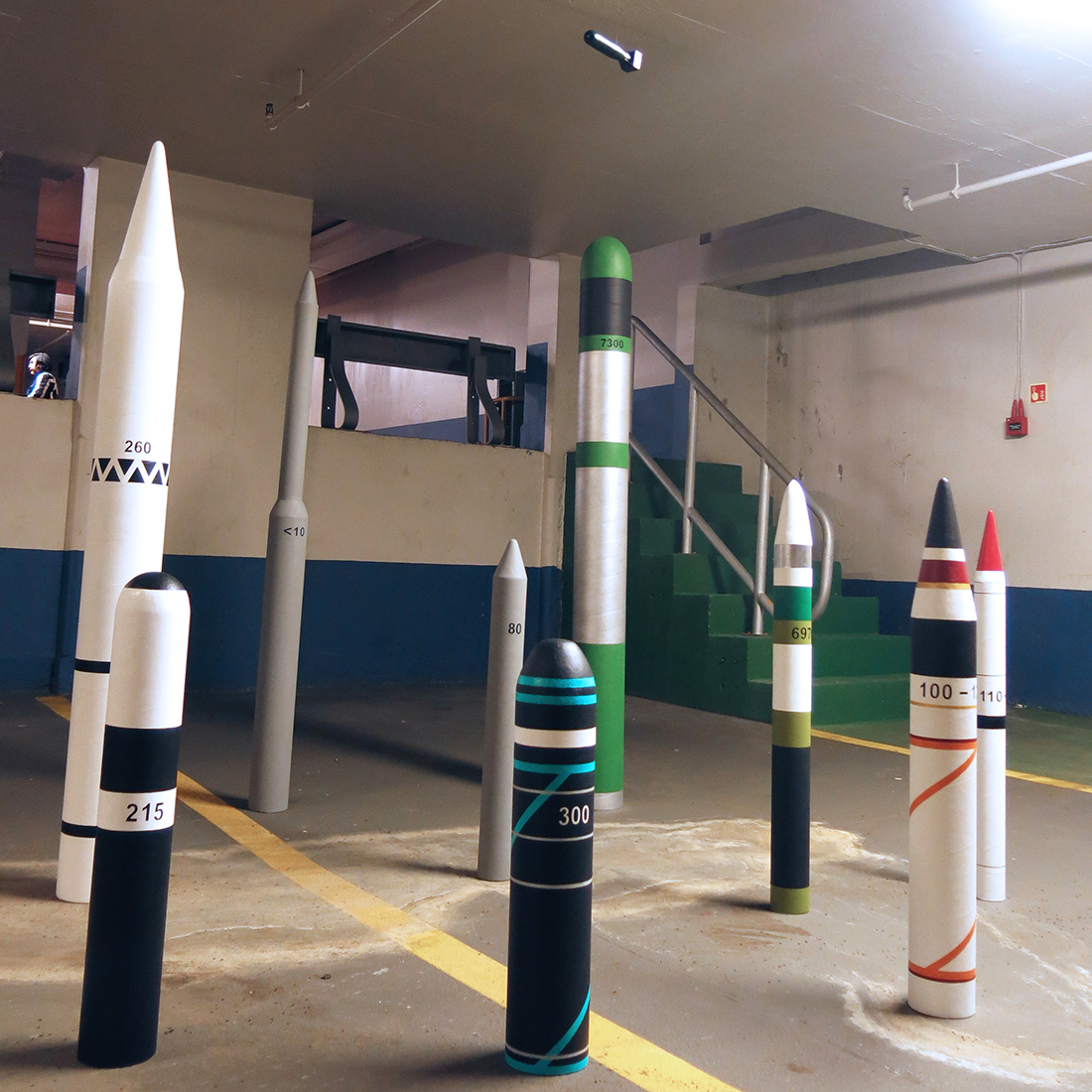 When can we launch, Little Boy? 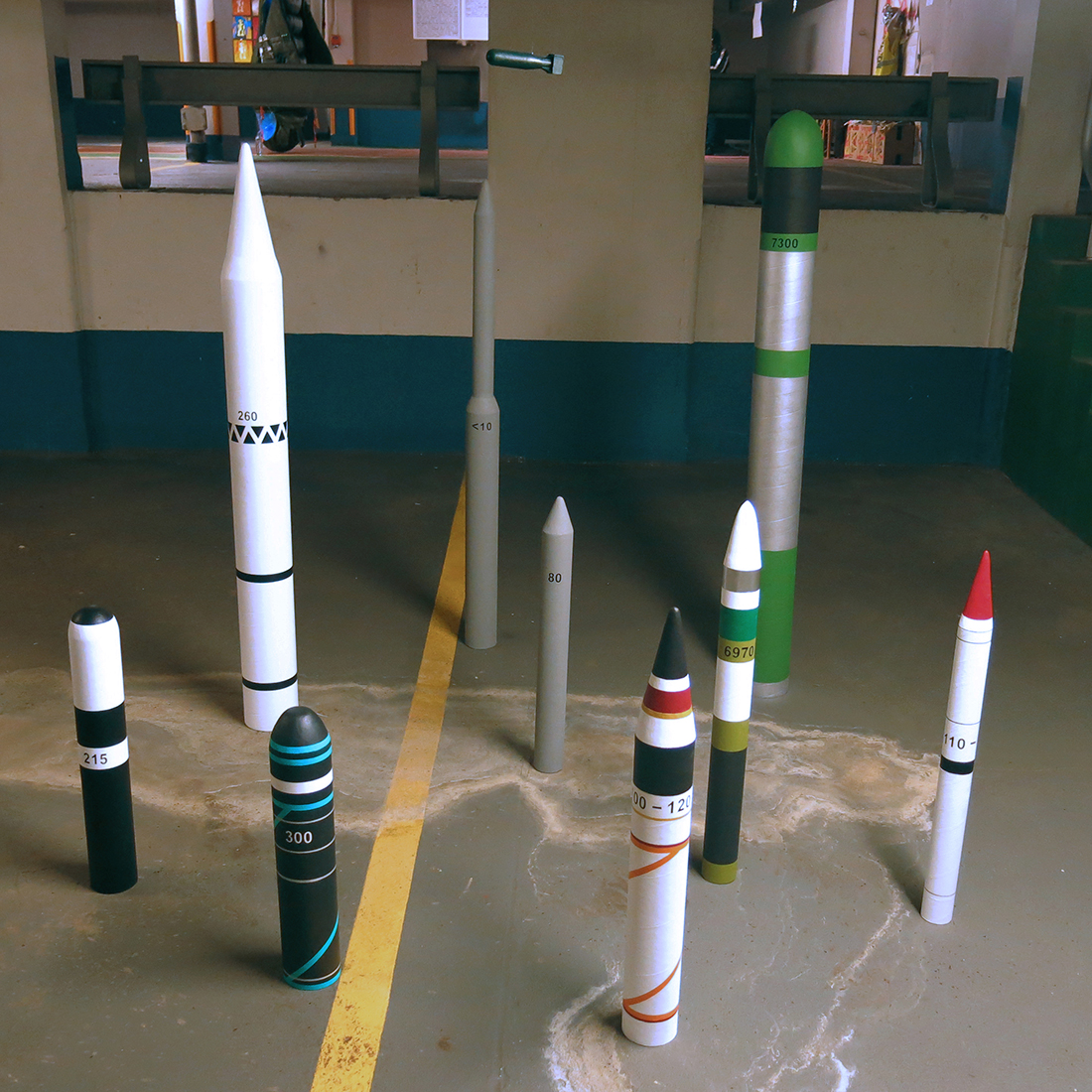 
At present nine countries officially have nuclear weapons. These models are their active intercontinental ballistic missiles (ICBMs) at 1/20 scale. The numbers on the missiles represent how many nuclear warheads in each country. “Little Boy", the atomic bomb that dropped on Hiroshima in 1945 is floating above them.

The development of the world's first practical design for an ICBM, A9/10, intended for use in bombing New York and other American cities, was undertaken in Nazi Germany. In the immediate post-war era, the US and the Soviet Union both started rocket research programs based on the German wartime designs, especially the V-2. 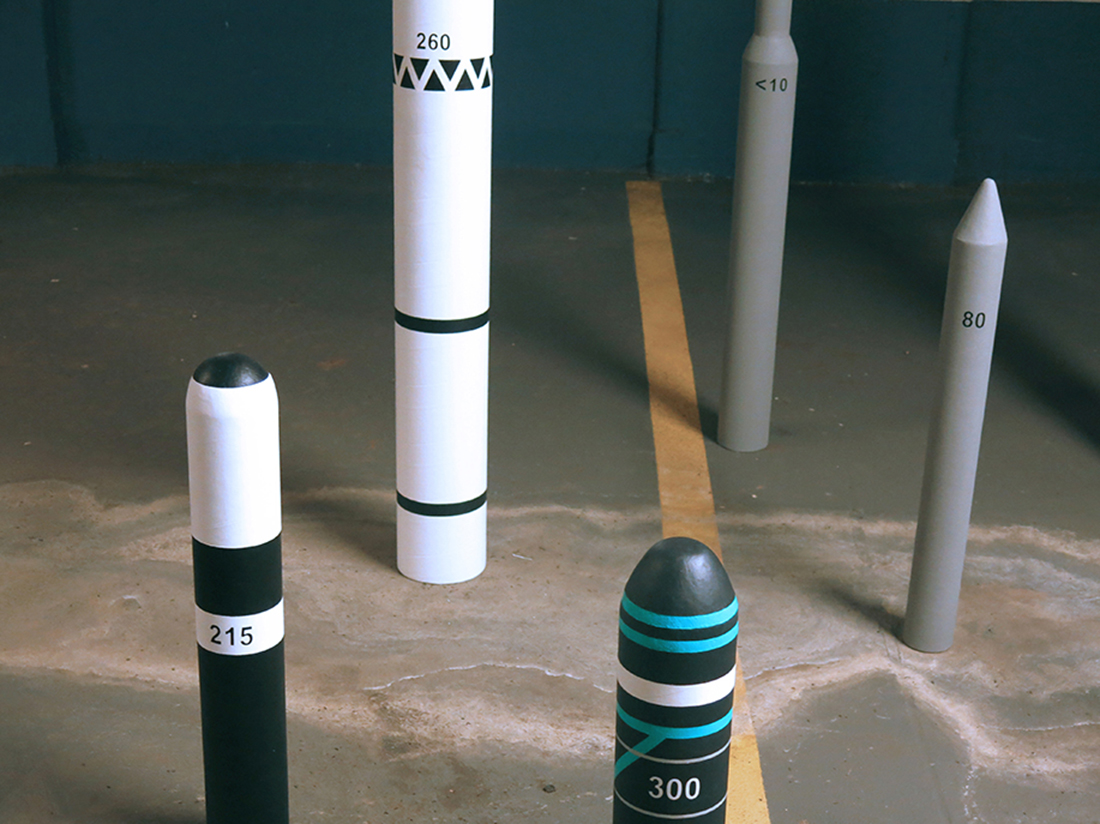 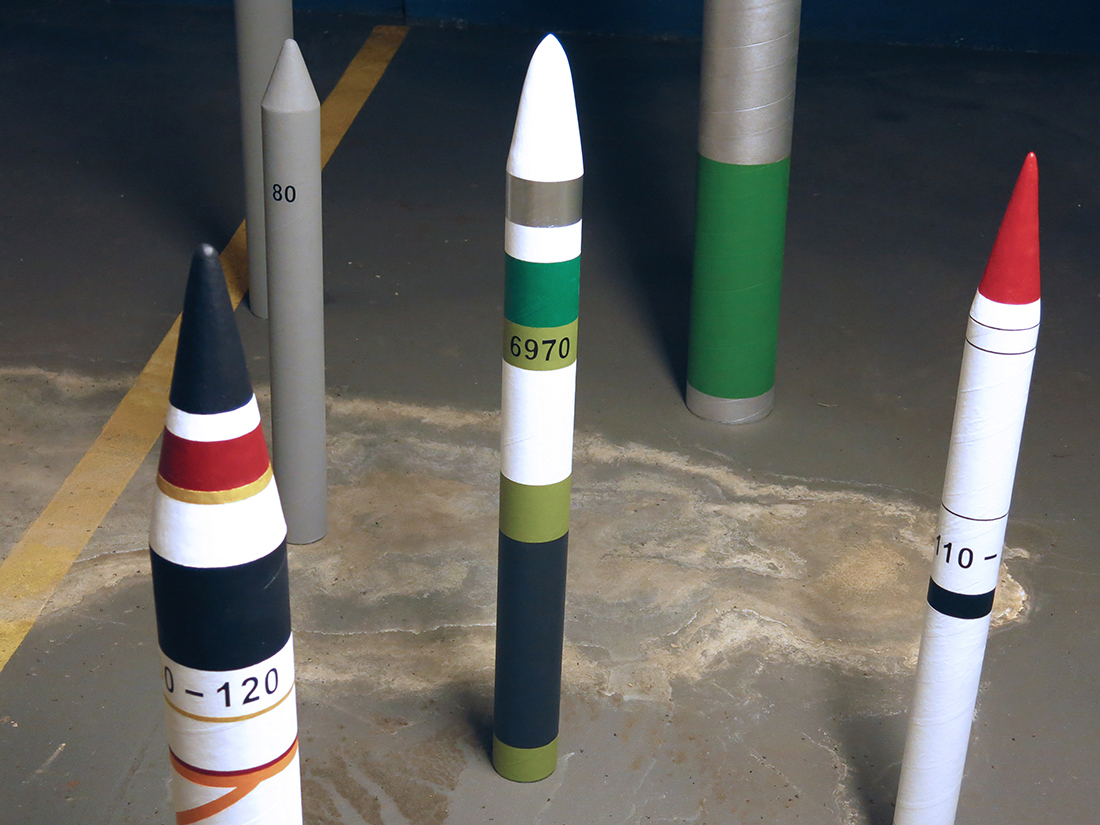 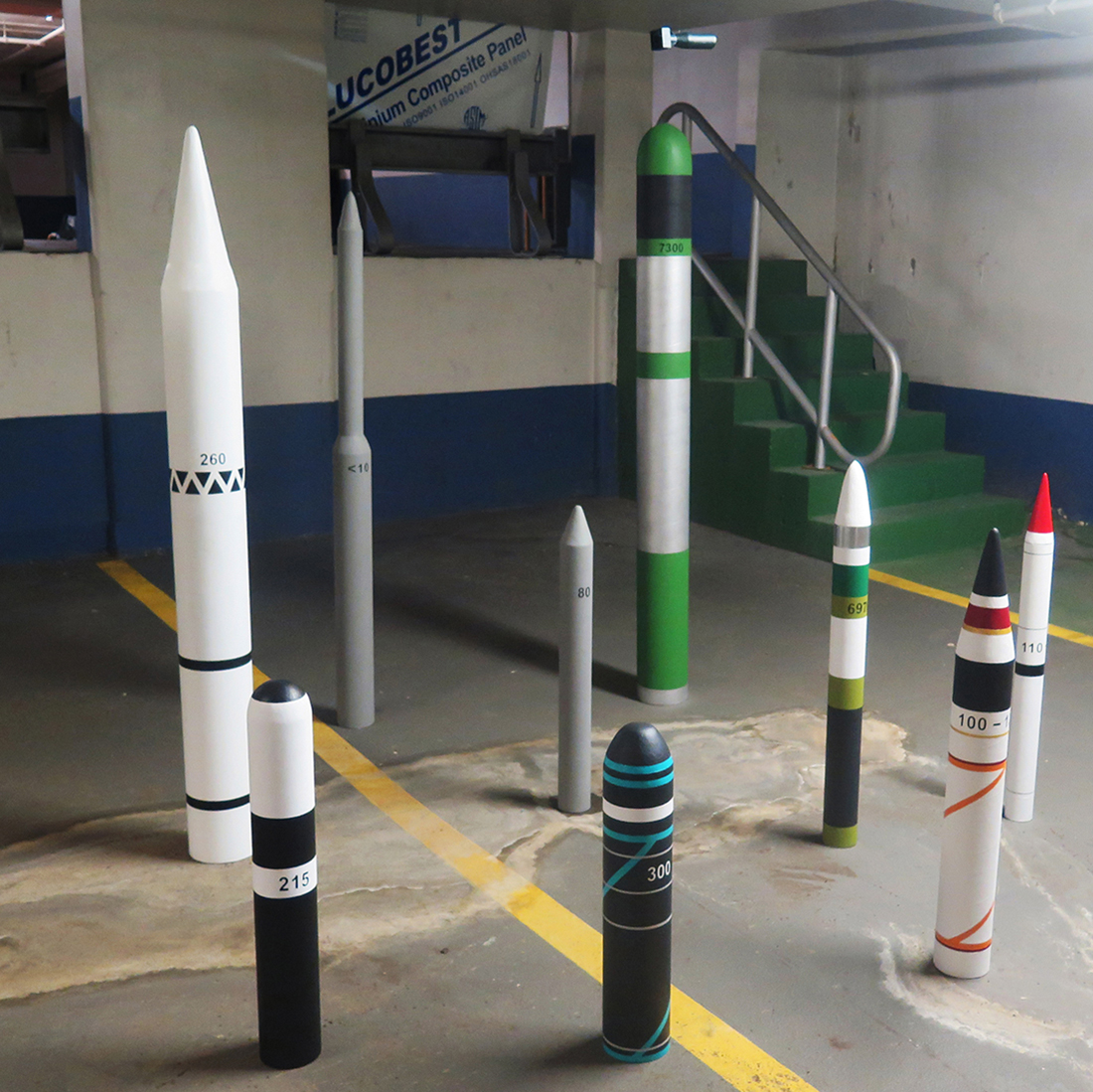