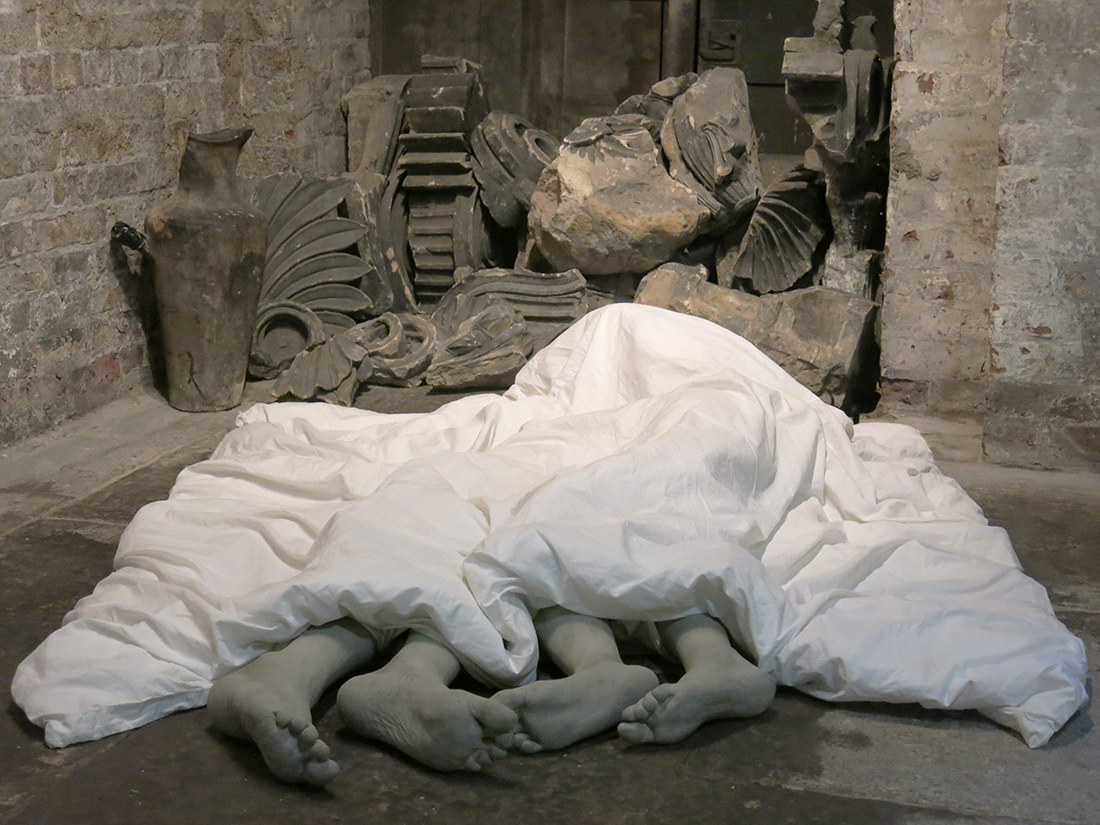 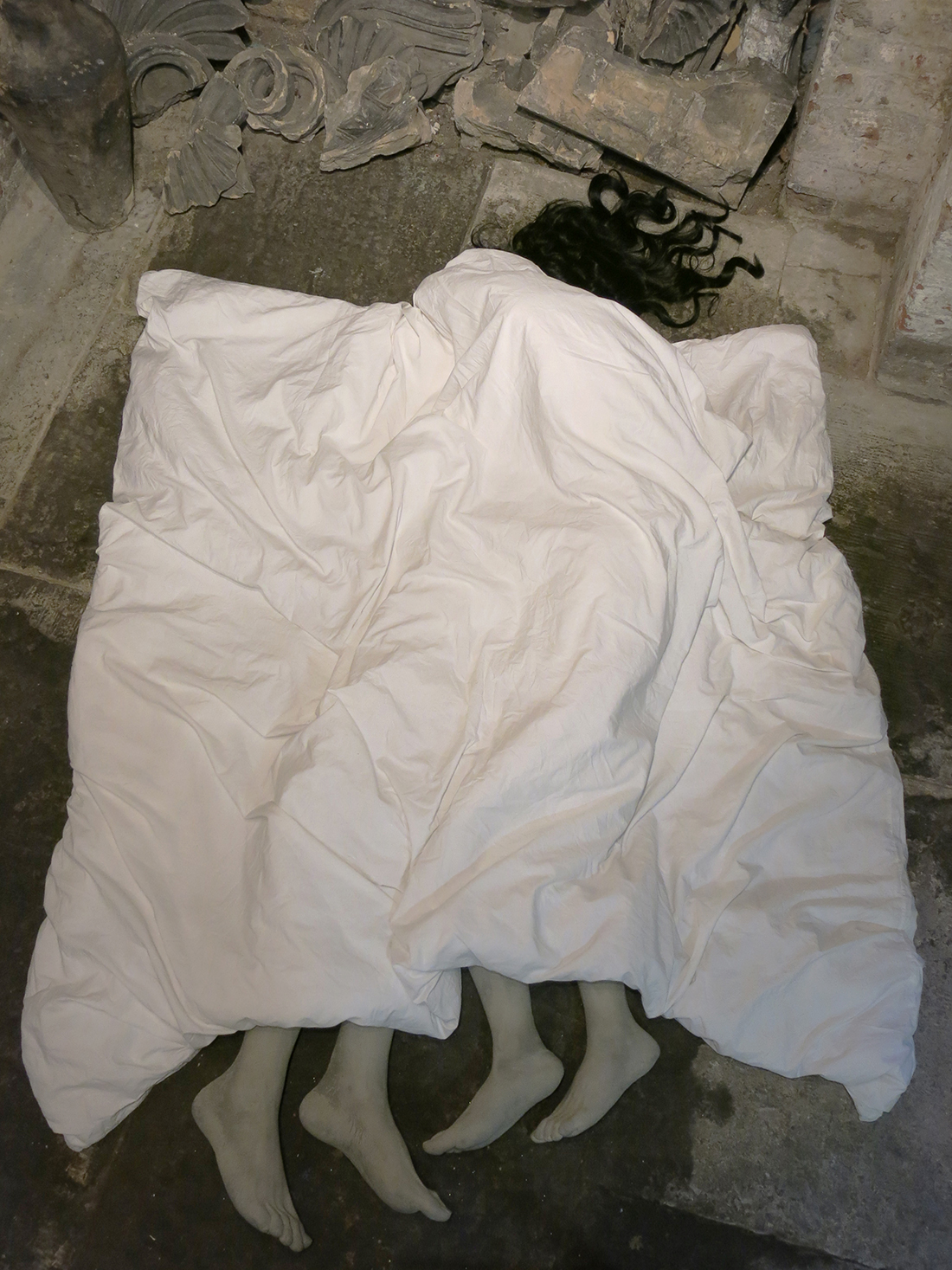 Contentment of Love (Since 600AD) 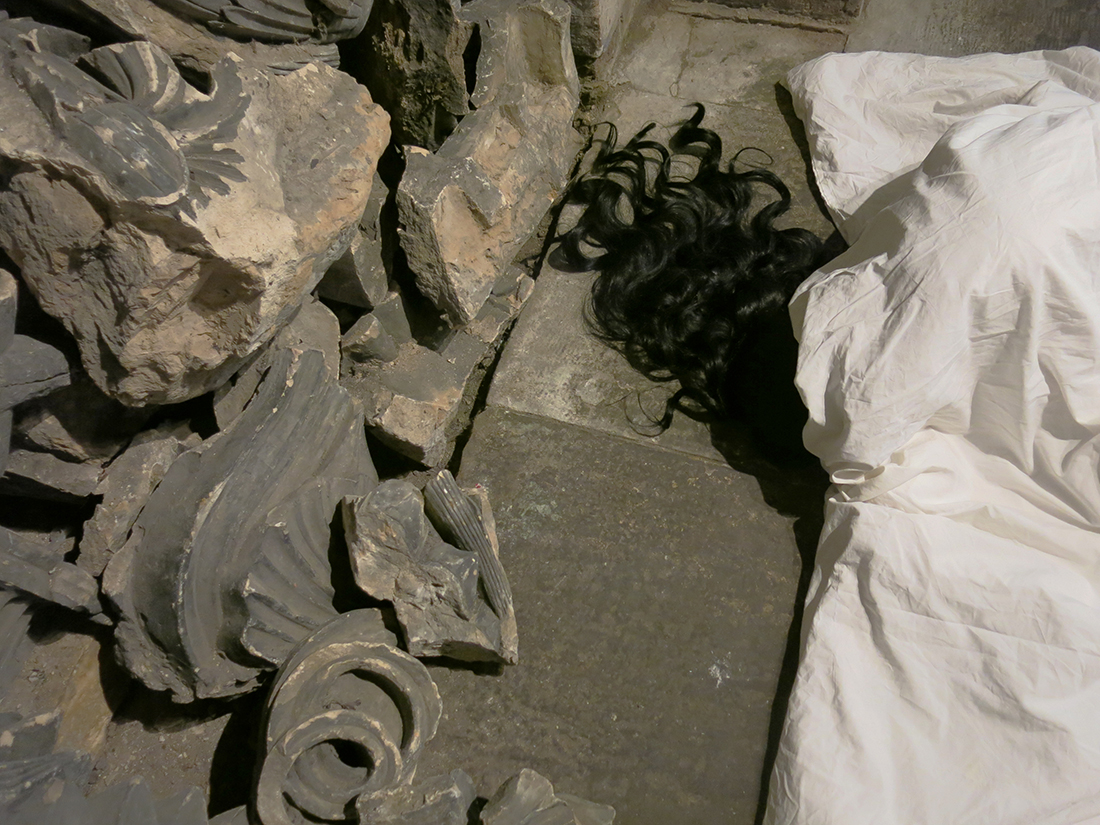 
The work is a response to an Arab woman's love poem to her husband written in the 7th Century. The legs are cast from a real couple; with sand collected from South East Coast of England and the Thames beach mixed with concrete. It suggests a couple snuggling in a duvet, making love, but also that they are washed up dead on a shore escaping from a war zone, their spirits dreaming to be together.

In 2015, figures for refugees arriving in Europe increased significantly. 54% of a total 1.3 Million arrived from the three leading origin countries: Syria, Afghanistan and Iraq. In addition, these refugees from Syria (71%), Iraq (75%) and Afghanistan (80%) were predominately male. A lot of women and children had to be left in the conflict zones. 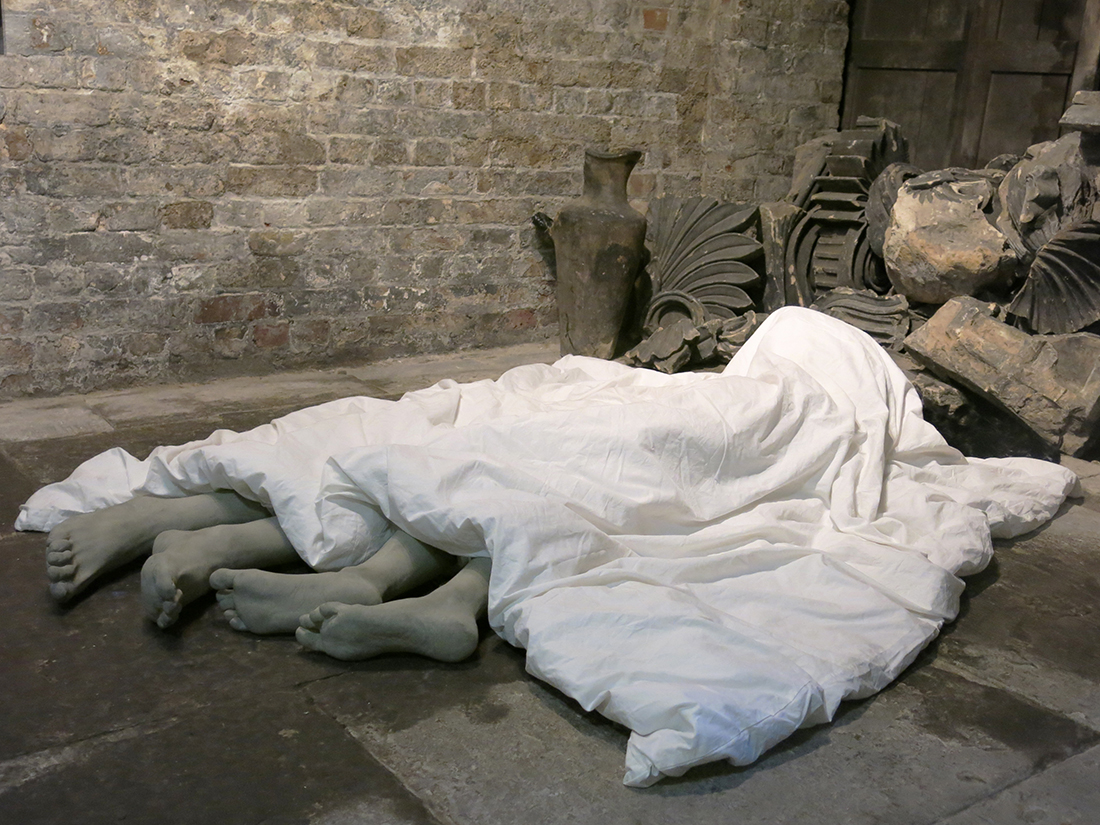 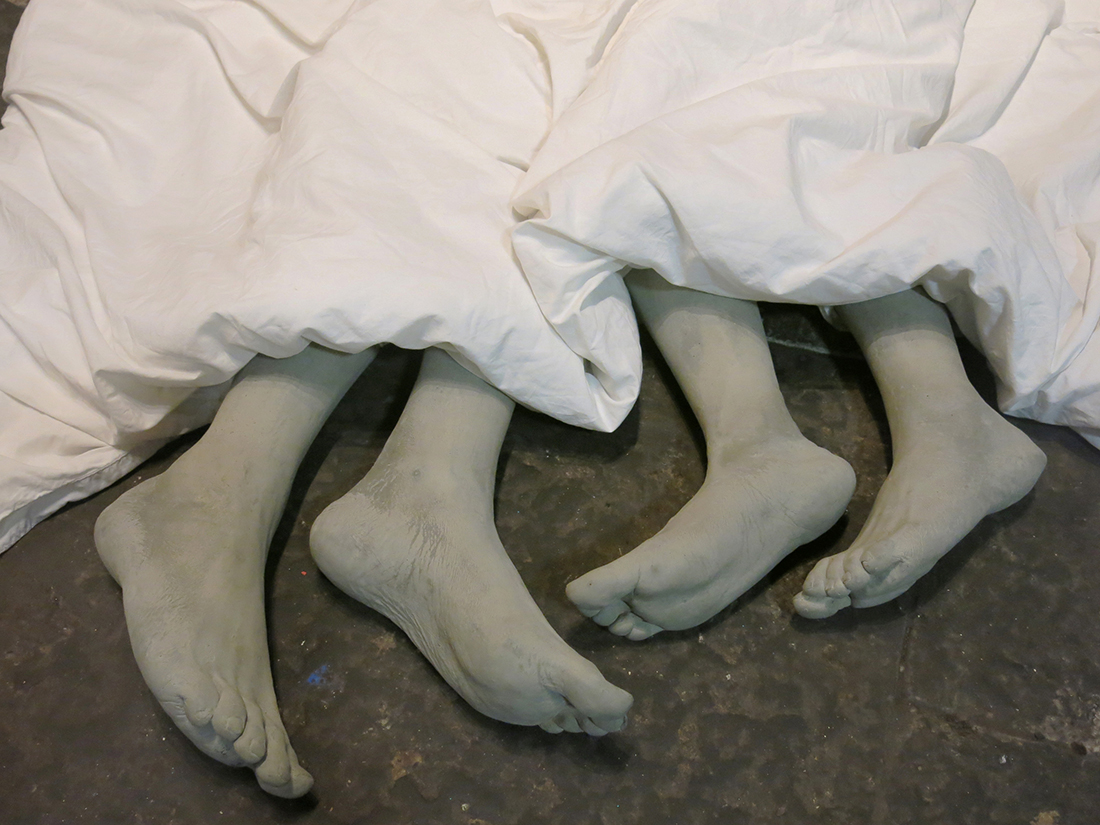 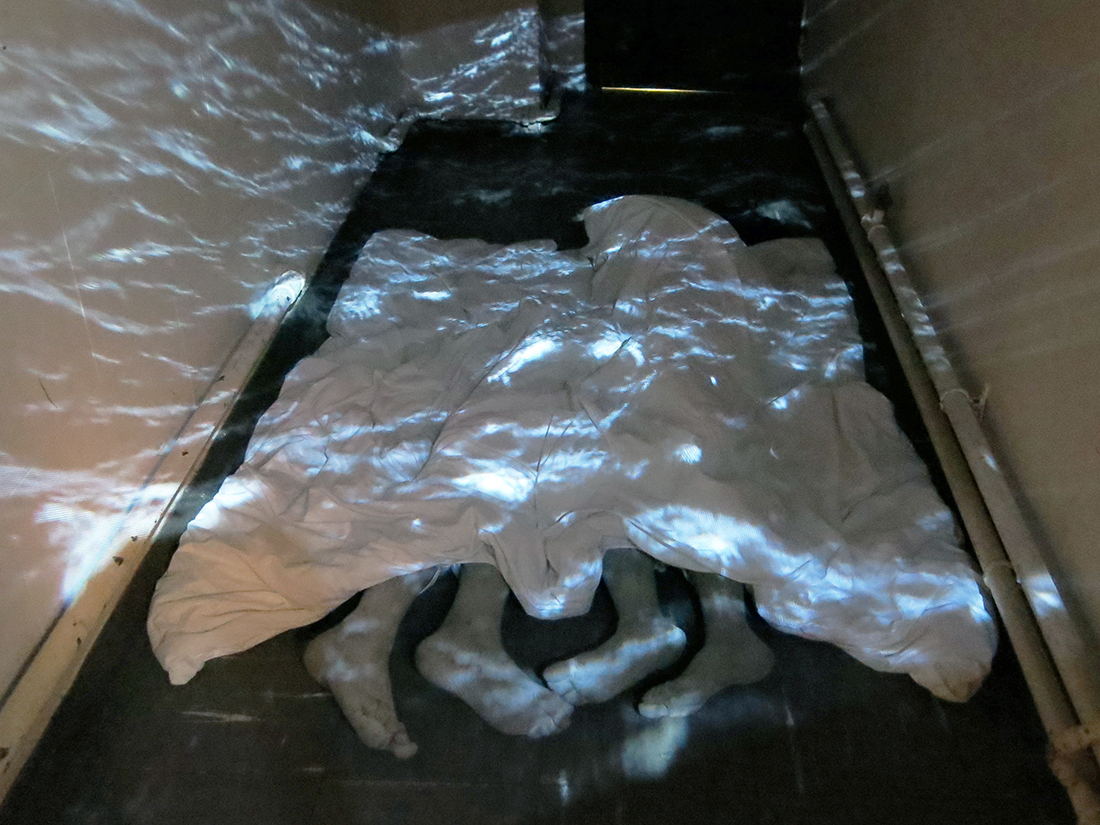