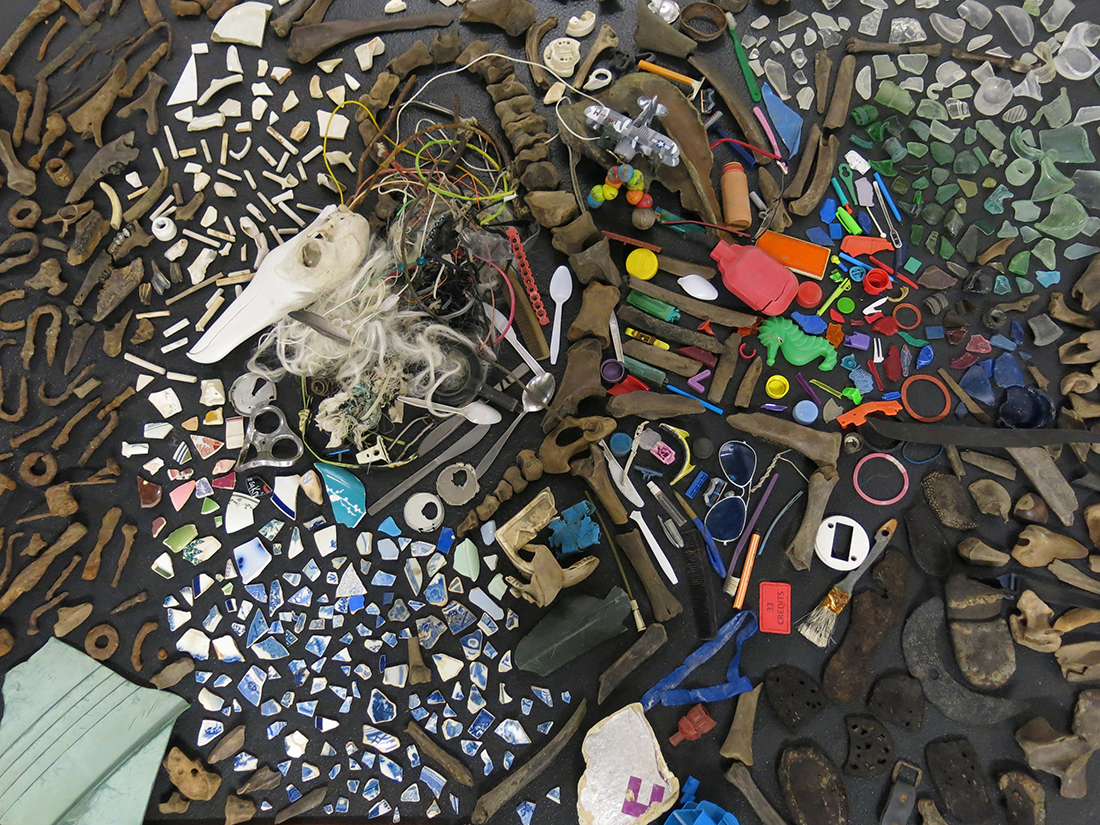 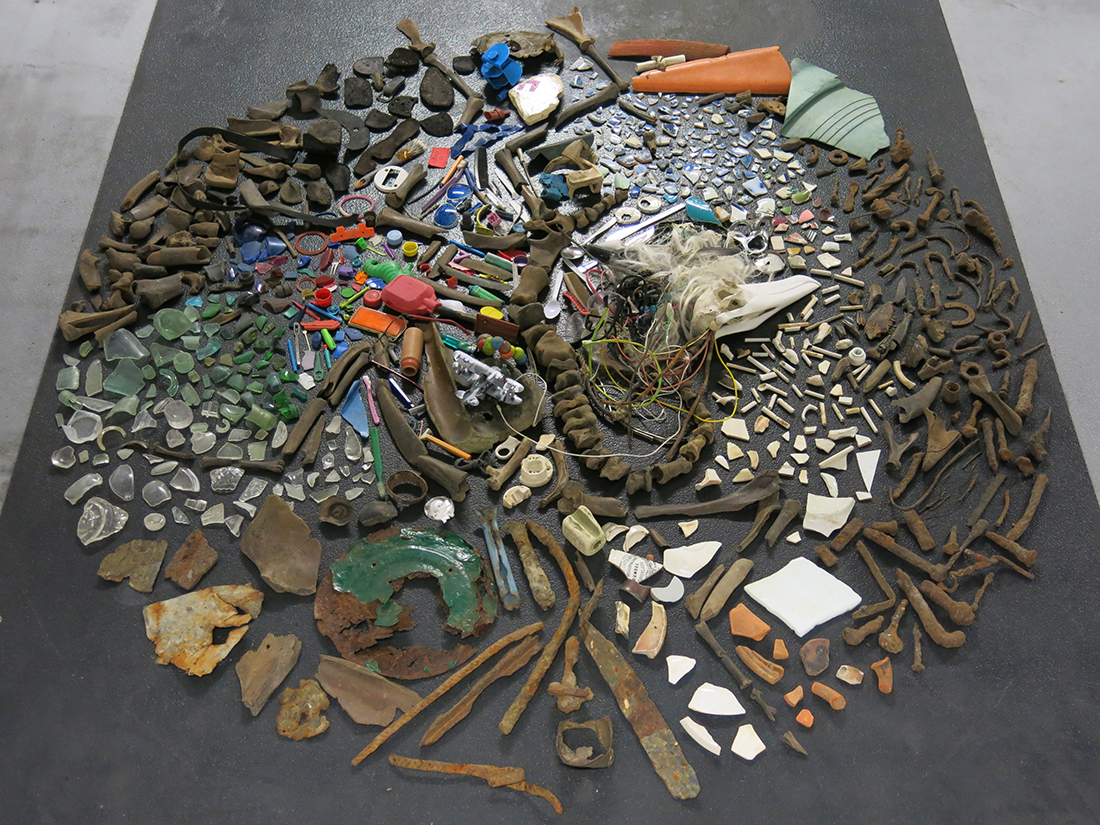 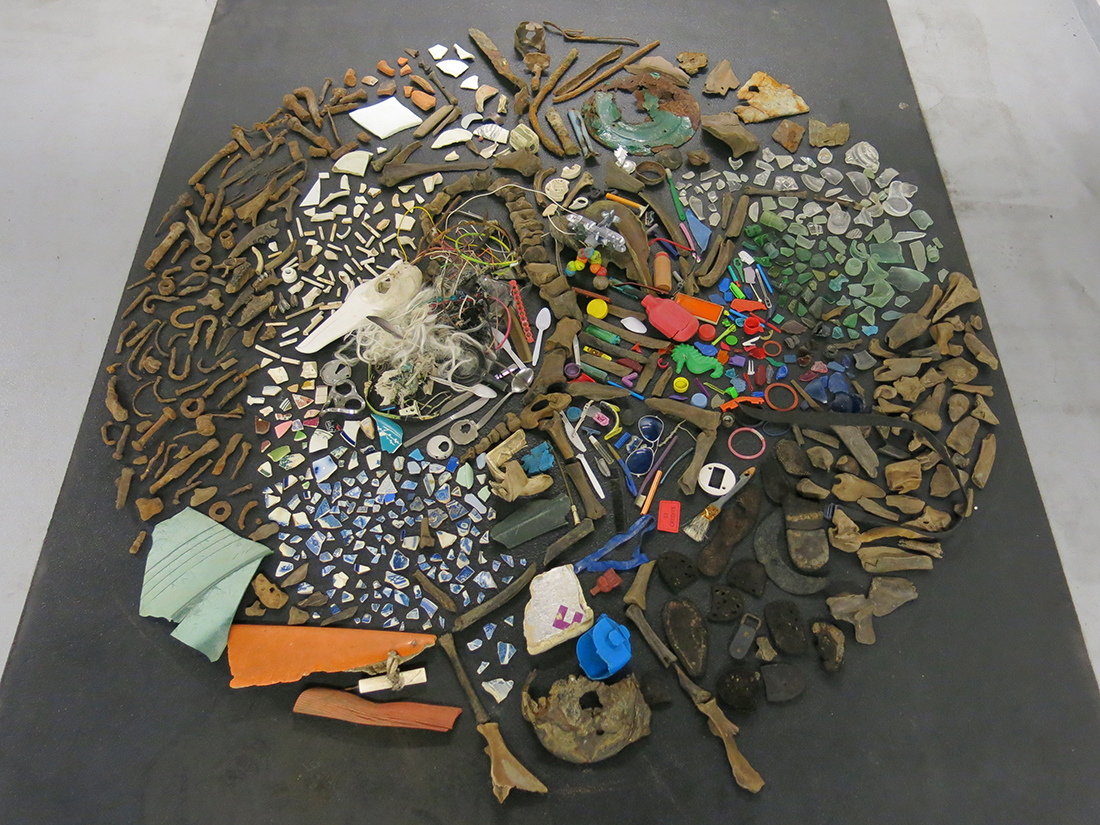 
This installation resembles the remains of an Albatross using a thousand materials all used and thrown away by us. I collected these materials during walks along the Thames beach.

Global production of plastic now stands at 288 million tonnes per year (2014), of which 10% ends up in the ocean. Most of that - 80% - comes from land-based sources. Litter gets swept into drains, and then goes into rivers, and then ends up in the sea. Scientists have predicted last year that nearly every seabird (99%) will have eaten plastic by 2050 because of marine pollution.

Midway Atoll (U.S) in the North Pacific Ocean, although it is located over 2000 miles away from human habitation receives a large amount of marine debris, 90% of which is plastic. Of the 1.5million Laysan Albatross inhabiting Midway, nearly all are found with plastic in their digestive systems. 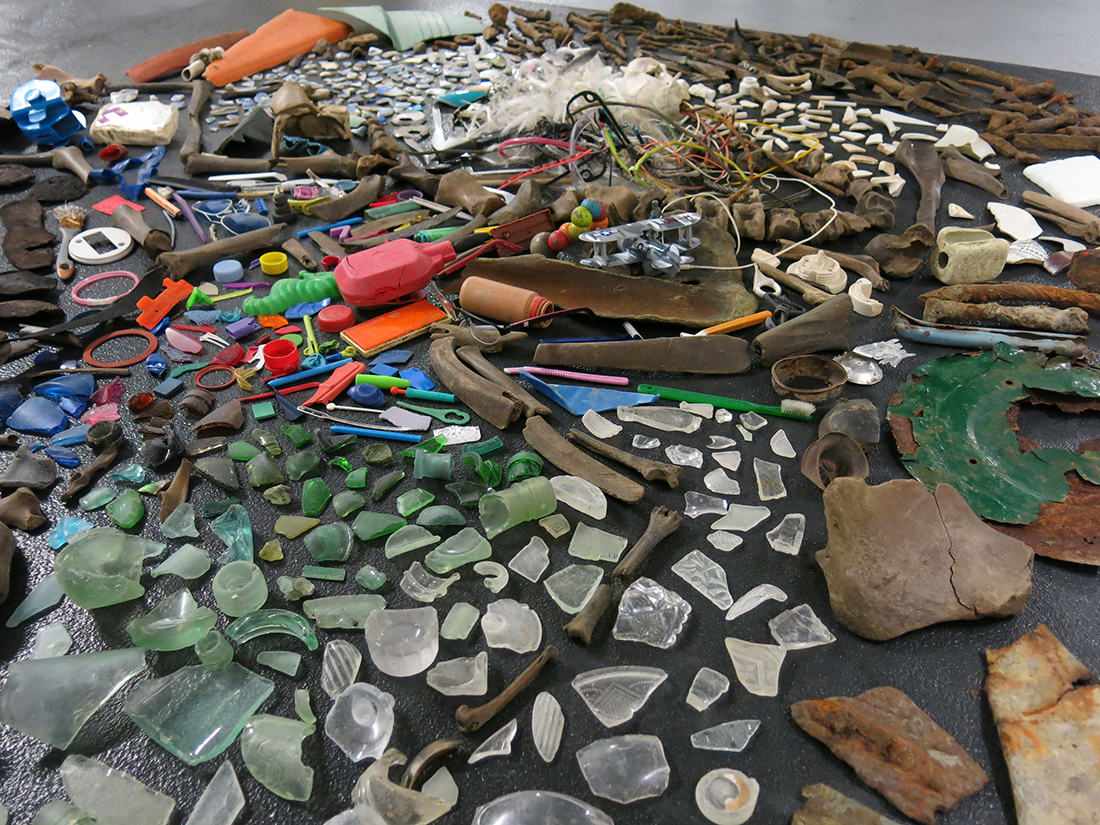 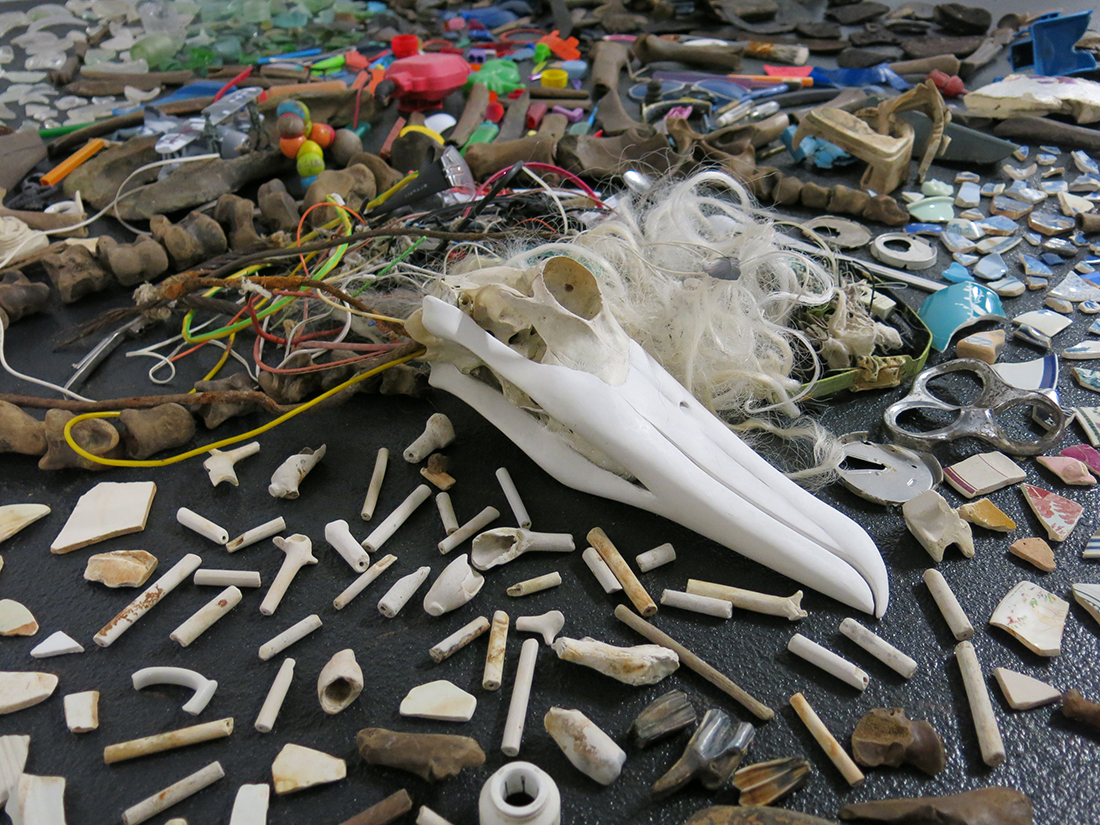